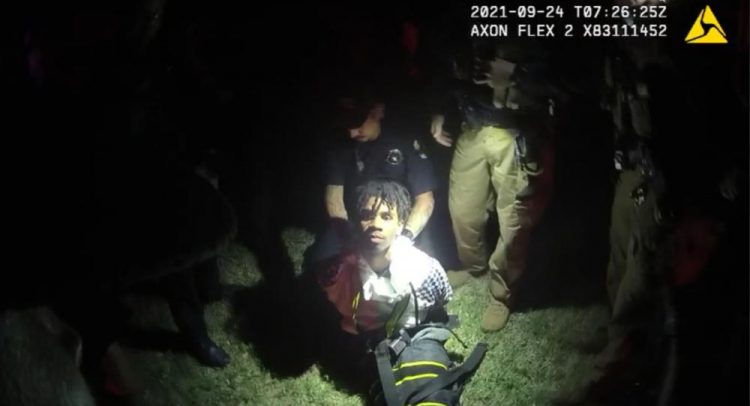 WICHITA, Kan. (AP) — The death of a Black teenager at a Kansas juvenile detention center was foreshadowed five years earlier by a state inspection of the facility that noted systemic deficiencies in its handling of children with mental health issues, according to a federal civil rights lawsuit filed Monday.

Cedric Lofton’s foster father called authorities in September 2021 seeking help because the 17-year-old was hallucinating and needed to go to a mental health facility. Instead, police forcibly took him to the Sedgwick County Juvenile Intake and Assessment Center, where he had to be resuscitated after he was held facedown for more than 30 minutes during an altercation. He died two days later.

His brother, Marquan Teetz, acting as representative of Lofton’s estate, sued Sedgwick County, five detention center employees, the City of Wichita, and the unidentified police officers. According to the complaint, he seeks to “illuminate the truth and obtain some measure of justice for Cedric’s death.”

“Cedric would be alive today if Sedgwick County executives and the Wichita police department followed the clear recommendations of the report issued by the Kansas Department of Corrections in March of 2016,” said Andrew M. Stroth, the lead attorney representing the family.

The Associated Press sent emails seeking comment Monday to the county and Wichita police. Sedgwick County’s Corrections Director Glenda Martens has described what happened as “tragic” but said that the corrections workers followed policy in restraining the teen. Wichita police have said they’ve been looking into the actions officers took when booking the teen.

No one has been criminally charged in the death. In January, Sedgwick County District Attorney Marc Bennett said the state’s “stand-your-ground” law prevents him from bringing any charges in Lofton’s death because staff members were protecting themselves.

The civil lawsuit seeks compensatory and punitive damages in an amount to be determined by a jury. A news conference was planned for Monday at the Sedgwick County Courthouse to announce the filing. Teetz and community activists were expected to speak at the event.

The lawsuit contends that Lofton’s death was “presaged” by that KDOC inspection. The inspection report, a copy of which The Associated Press reviewed, noted systemic deficiencies at the juvenile facility, including its inability to handle children with mental health issues, its need for training on de-escalation techniques and management of risk.

The scathing inspection also cited the facility’s need for assistance in dealing with a Wichita Police Department “who too often dropped juveniles at JIAC’s door as a form of punishment while refusing any obligation to transport such juveniles for mental health treatment,” according to the court filing.

“Everything that happened in that report lines up precisely with what happened to Cedric,” Stroth said.

The lawsuit alleges that when confronted by questioning during intake at the facility about whether Lofton required medical treatment, Wichita police intentionally falsified their response on a form and swore that he needed no such treatment. An intake official witnessed the police officer change his response on the form when the officer learned that would trigger an obligation to transport the teen for treatment.

“In other words, the officer prioritized his own convenience at the expense of this child’s welfare,” the lawsuit alleges. “And JIAC officials knowingly permitted it.”

The lawsuit filed in the U.S. District Court for Kansas accuses each of the five detention center employees of using excessive force, failing to intervene in other officer’s use of deadly force and being deliberately indifferent to Lofton’s serious medical needs.

The lawsuit also alleges excessive force by Sedgwick County, contending its policies, practices and customs allow such force against juveniles. It also accuses the county of failure to train employees on the proper use of force, de-escalation techniques and the management of juveniles with mental health issues.

The complaint further contends Wichita police officers were deliberately indifferent to Lofton’s medical needs and accuses the city of indifference in failing to train officers on dealing with juveniles and others in the throes of a mental health crisis.

In this image from body camera video provided by Sedgwick County, police put Cedric “C.J.” Lofton, 17, into a body-length restraining device called a WRAP outside his home in Wichita, Kan., on Sept. 24, 2021. The death of the Black teenager at a Kansas juvenile detention center was foreshadowed five years earlier by a state inspection of the facility that noted systemic deficiencies in its handling of children with mental health issues, according to a federal civil rights lawsuit filed Monday, June 13, 2022. (Sedgwick County via AP)