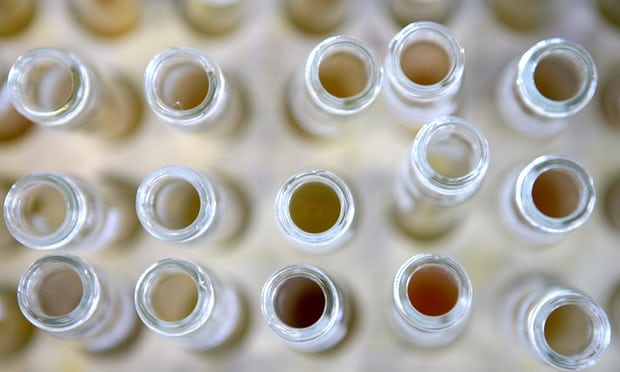 Exposure to lead could contribute to as many as 412,000 premature deaths each year in the United States, a new study in the medical journal the Lancet has found. That estimate of premature deaths is 10 times larger than in previous studies, and could put deaths from exposure to the heavy metal on a par with smoking.

Lead is most widely recognized as a hazard to children, who can suffer intellectual damage from even minimal exposure. However, because lead can contribute to conditions such as high blood pressure and hardening of arteries, it is also believed to contribute to cardiovascular and heart disease.

“What this study suggests is there’s no apparent safe level” for adults, said the principal author of the study, Bruce Lanphear of Simon Fraser University, in Canada. Lanphear called the results both “troubling” and “hopeful”.

Of environmental lead exposure, he said: “If we took that seriously, without knowing anything more about genetics, without any more expensive drugs, we could much more strategically reduce deaths from heart disease, which is pretty hopeful, actually.”

The new Lancet study estimates that deaths from lead exposure approach the levels attributable to smoking, which kills 483,000 Americans each year. People are still far more likely to suffer complications from smoking. But only 20% of Americans now smoke, while lead exposure is more common, affecting 90% of people in the study.

Lead was once routinely used in products like gasoline, paint and plumbing and persists in the environment.

Between 1988 and 1994, US experts gave blood-lead tests to 30,000 randomly selected Americans, from infants to the elderly, then followed up with people in 2011. The study conducted at Simon Fraser looked at 14,000 of those people who were 20 or older when tested, and examined relevant death certificates.

People with the highest lead levels had a 37% greater risk than normal of a premature death and a 70% greater risk of death from cardiovascular disease.

Lanphear concluded that lead could be responsible for as much as 18% of all mortalities, or 412,000 deaths.

Researchers warned outside factors could lead to an “overestimation of the effect of concentrations of lead in blood, particularly from socioeconomic and occupational factors”.

For example, people with the highest lead levels were more likely to be men, smokers, and less educated, with poorer diets, high cholesterol, hypertension and diabetes, all of which are risk factors for cardiovascular disease. The study attempted to adjust for many of these risk factors, in addition to the presence of the heavy metal cadmium in urine.

Researchers said that it was possible these risk factors could confound the research and that scientists were unable to adjust for some other critical factors that contribute to cardiovascular disease, including air pollution.

Additionally, the NHANES study only took one reading of participants blood lead, which can change throughout people’s lives as they are exposed. Death certificates can be inaccurate.