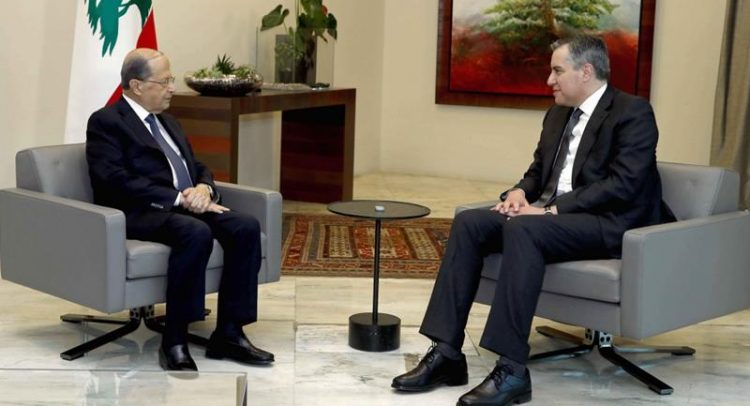 Lebanese President Michel Aoun said on Monday that his country was going “to hell” if a government is not formed as French efforts to encourage the formation of a new cabinet falter.

Asked where Lebanon was headed if there was no agreement among its fractious leaders, Aoun responded: “Of course – to hell.”

“As the positions have grown harder, there appears no solution on the horizon soon,” he said in a televised address almost a week after the passing of the deadline agreed with France to name a cabinet.

Over the past year, Lebanon has been rocked by unprecedented protests calling for an overhaul of the political system, a deepening economic crisis, a surging coronavirus outbreak and a massive explosion that devastated the capital, Beirut.

Following the resignation of the government in the wake of the August 4 explosion, France has been pushing for the quick formation of a new cabinet and has offered to help provide Lebanon with vital aid if its politicians make good on long-overdue reforms.

But efforts to get Lebanon’s fractious leaders to agree on a new government by mid-September in order to start fixing the country’s problems have yet to bear fruit.

The cabinet formation process has hit a logjam over the demand of Lebanon’s two dominant Shia parties -the Iran-backed Hezbollah and its ally the Amal Movement – to name Shia ministers in the cabinet including the finance minister.

In his speech, Aoun proposed annulling sectarian quotas in the main cabinet ministries. When asked whether there is no hope for a breakthrough, Aoun said “there might be a miracle”.

His remarks come shortly after the country’s Prime Minister-designate Mustapha Adib urged political forces in the crises-hit country to cooperate to facilitate the formation of a new government.

“Lebanon doesn’t have the luxury of wasting time amid the unprecedented crises that it is going through,” Adib, a Sunni Muslim who is backed by former Lebanese prime ministers including Saad Hariri, said earlier on Monday.

Any additional delay would exacerbate the crises, he warned, and would push people towards poverty and the country towards “more deficits”.

All parties should cooperate for the formation of a government of technocrats “capable of halting the collapse and starting work to get the country out the crises”, he said.

Adib said he would spare no effort “to achieve this goal in cooperation with the president of the republic”.

The delay comes as public anger continues to brew over the explosion at Beirut’s port, which killed at least 191 people.

For many Lebanese, the disaster resulted from long-standing corruption and ineptitude among a political class that has failed to establish a functioning state or uphold the rule of law.

Adib has been seeking to appoint ministers so they can begin work on a French reform plan.

Reports say he has sought to switch control of ministries, many of which have been held by the same factions for years. But major Shia Muslim and Christian players in the confessional power-sharing system have complained that Adib has not been consulting them.

The French proposals set out milestones for a new government, ranging from resuming stalled talks with the International Monetary Fund to fixing the broken electricity system.