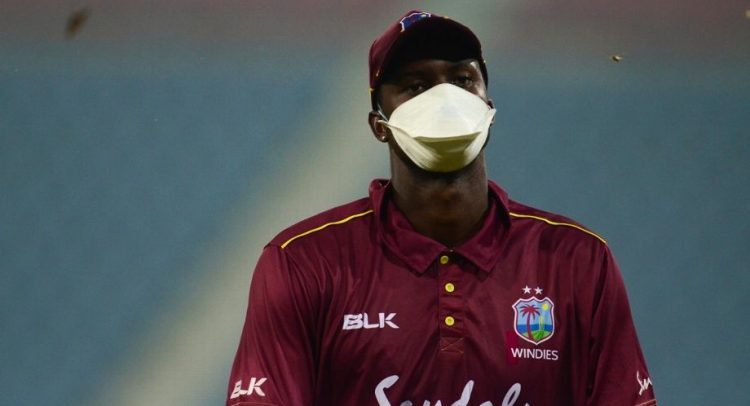 After nearly 10 weeks’ silence due to the Covid-19 pandemic, competitive cricket has returned in the form of the Vincy Premier League, a franchise-based T10 competition in the Caribbean. It began on Friday and continues till May 31 with six teams going up against each other at the Arnos Vale sporting complex.

The VPL may be seen as sort of a testing ground as proper cricket prepares to return, not just in the West Indies, but everywhere else in the world. And when that day comes, be prepared for a few strange sights.

The players were not allowed to use saliva to shine the ball, as recommended by the ICC, and maintained social distancing at various points. They all entered the field separately and later exited in similar fashion. Both the on-field umpires and even the wicketkeepers were seen wearing masks as a precautionary measure. During the innings break, the ground staff was also seen wearing masks while evening up the patches near the bowlers’ landing area. And as listed in the ICC’s do’s and don’ts, the players refrained from handing their caps and other personal items to the umpires.

The ICC had also recommended that players use hand sanitisers to disinfect the ball. Accordingly, the The VPL has set up sanitising stations off the field and monitors the temperature of those going on it.

Despite cricket not being a contact sport, the ICC had recommended that celebrations going forward should not involve any physical contact. Little surprise then that the fall of a wicket in the VPL has been greeted by shaking of legs and punching of ground. It sounds quite odd, doesn’t it? After all, cricket in this region has produced some eye-catching celebrations.

Speaking of strange new normals, on the second day of the league, Dark View Explorers’ Denson Hoyte hurt himself in the outfield and landed awkwardly while chasing the ball, but his team-mates made a conscious effort to still maintain social distancing. The medical staff didn’t enter the field either, with Hoyte eventually managing to hobble off the field.

In an ideal world, Sunil Ambris, a local boy who rose to become a West Indies international, would have been greeted with cheers from the stands. However, in the post Covid-19 world, he came into the attack on the first day amid pin-drop silence. The advice to play behind closed doors was given by the National Covid-19 taskforce.

“The St Vincent and the Grenadines Cricket Association would have preferred an option of a limited number of spectators, maybe 300 or 500 max in the stadium; however, the experts expressed some initial concerns,” president Kishore Shallow, who is also the vice-president at CWI (Cricket West Indies) told the VPL website. “They [sic] advised that we attempt to regularise the management of players before we consider having spectators.”

On the second day, however, the commentators said that the VPL organisers are exploring the possibility of having a handful of spectators next week. Reports indicate there have been 18 cases of coronavirus in St Vincent and Grenadines, with 14 having recovered.

The first ODI between Australia and New Zealand in March earlier this year was the first high-profile match to be played at a closed stadium. However, in the past, Pakistan have played in front of empty stands in the UAE.

Catering to the Indian audience

It was Dream11, an India-based sports technology company, that had approached Shallow to put the league together. So, the first of the triple-header kicked off as early as 8.30am local time to attract fantasy-league players from India. All the VPL games will be streamed on the Fancode app.

CDB: Many Caribbean countries will fall into recession