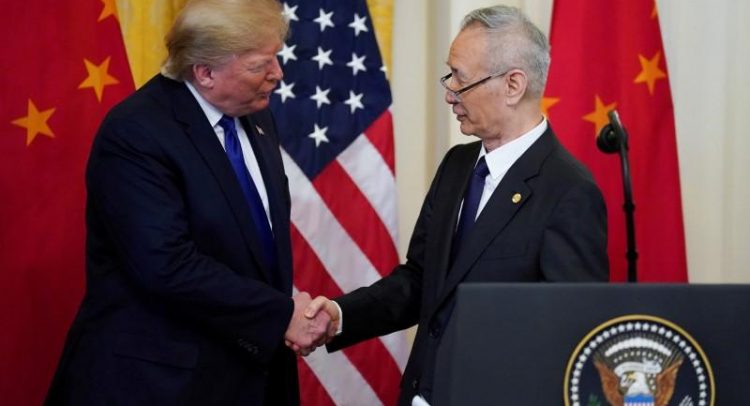 ‘Lemon’ or not, Trump is stuck with Phase 1 China trade deal

In recent weeks, suggestions that Trump may cancel the deal have emanated from the White House almost daily, and businesses, investors, and China trade watchers are hanging on to every word and tweet.

But on Friday, when Trump said the United States would start dismantling trade and travel privileges for Hong Kong, he did not mention the deal. Stock markets heaved a sigh of relief, with the S&P 500 reversing losses.

Talking tough on China and criticizing the Obama administration’s more measured approach is a key part of Trump’s re-election strategy. Sticking with the pact may mean accepting that China is likely to fall short of purchase commitments for U.S. agricultural goods, manufactured products, energy and services – goals that many said were unrealistic even before the pandemic.

Canceling the deal, though, would reignite the nearly two-year U.S.-China trade war at a time U.S. unemployment is at its worst since the 1930s Great Depression.

The next U.S. step would likely be reviving previously planned but canceled tariffs on some $165 billion worth of Chinese consumer goods, including Apple cellphones and computers, toys and clothing – all ultimately paid by U.S. companies and passed on to consumers. Beijing would retaliate with tariffs on U.S. goods, fueling more market turmoil and delaying recovery.

“He’s stuck with a lemon. He gets an empty agreement if he sticks with it, and he gets more actions that create an economic drag and more volatility if he abandons it,” said one person briefed on the administration’s trade deliberations.

U.S. goods exports to China in the first quarter were down $4 billion from the trade war-damaged levels a year earlier, according to U.S. Census Bureau data.

The Peterson Institute of International Economics estimates that during the first quarter, China made only about 40% of the purchases it needed to stay on target for a first-year increase of $77 billion over 2017 levels, implying an extremely steep climb in the second half.

Leaving the deal now would not buy a lasting political bounce for Trump in manufacturing-heavy swing states with five months to go before the presidential election, analysts say.

FILE PHOTO: U.S. President Donald Trump shakes hands with Chinese Vice Premier Liu He during a signing ceremony for “phase one” of the U.S.-China trade agreement in the East Room of the White House in Washington, U.S., January 15, 2020. REUTERS/Kevin Lamarque/File Photo

Estwick: West Indies will be big threat to England