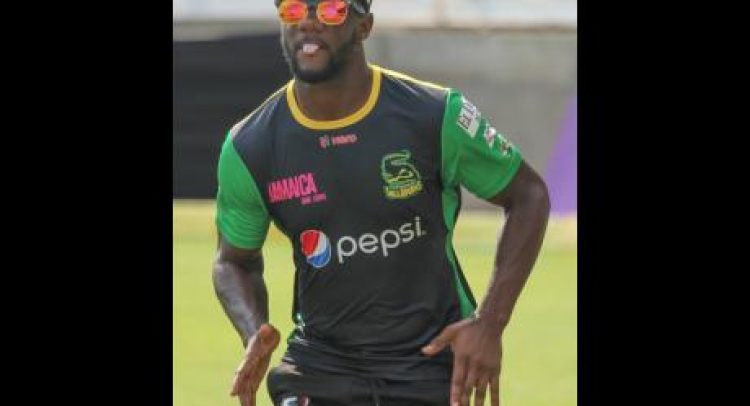 For the fourth consecutive season, Jamaican Ramaal Lewis will turn out for the Guyana Jaguars after it signed the 23-year-old in the Cricket West Indies Professional Player draft.

Lewis, who captained the West Indies team to the Youth World Cup in 2014, will be the only Jamaican playing outside of his home territory this season, after compatriot Odean Smith returned to the Jamaica Scorpions from the Trinidad and Tobago Red Force and leg-spinner Damion Jacobs failing to secure a contract, having represented the Leeward Hurricanes last season.

Lewis, from Westmoreland, says he is happy that the Guyana franchise has invested in him once again, and he is looking for a breakout year in all formats of cricket.

“I feel pretty good and comfortable here in Georgetown,” he said. “They have a good system here and the spirit is very good in the set-up. They treat me like a brother here and have accepted me like I family, so I am looking to give my all once cricket resumes.”

The Guyana Jaguars wasn’t the only franchise that saw the potential in young Lewis, as he was one of the standout players in his debut season for the Jamaican Tallawahs in the Caribbean Premier League season last year.

FORMIDABLE ALL-ROUNDER
Lewis played 10 games for the Jaguars in the Super50 limited-overs competition last season, picking up 10 wickets and scoring 104 runs in eight innings. The right-hander is, however, looking to make the transition to the longer format of the game and transform himself into a formidable all-rounder.

“I have been talking with the coach, Rayon Griffith, just to see where I stand in four-day cricket, and he has told me that my batting needs to get a bit tighter,” he said. “Once I get my batting up to par, then they say I will be ready to play in the West Indies Championship.”

During the lockdown because of COVID-19, Lewis said he has been doing core daily training routine at home, via Zoom, with strength and conditioning coach Neil Barry.

The right-hander is hoping that he will get the opportunity to one day return home to play for Jamaica.

“My dream is to captain Jamaica at the senior level,” he said. “I have captained and won at all youth levels, but I aim to return home in the future to lead the Jamaica set-up.”