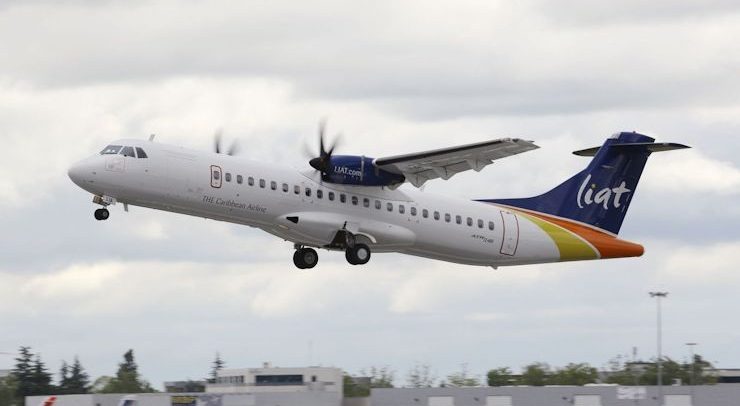 Shareholder governments of the cash-strapped regional airline, LIAT, are to hold an informal meeting on Saturday amid reports that there are plans afoot to sell the airline.

St. Vincent and the Grenadines Prime Minister, Dr. Ralph Gonsalves says Saturday’s virtual meeting will discuss a number of issues facing the Antigua-based carrier, including the impact the coronavirus has had on the struggling airline.

Gonsalves acknowledged a proposal to sell the airline has always been on the table but shareholders have not discussed that.

According to reports from CMC, Barbados directors of the cash strapped airline met on Monday, discussing the future of the airline including the possible sale of half of the airline’s fleet.

Antigua and Barbuda Prime Minister Gaston Browne says while he was not privy to any report regarding the possible winding up of the airline, he too like his St. Vincent and the Grenadines colleague, has been examining the likely impact of COVID-19 on the finances of the airline.

LIAT was forced to shut down its passenger commercial flights in March when the regional government closed their borders as part of the efforts to curb the spread of the virus that has killed thousands of people and infected millions of others worldwide.

LIAT shareholder governments are Antigua and Barbuda, Barbados, Dominica, Grenada and St. Vincent and the Grenadines.

Last year Antigua and Barbuda rejected Barbados’ offer of US$44 million for a portion of its shares of LIAT. The two parties are still in negotiations.

LIAT is said to owe millions of dollars.