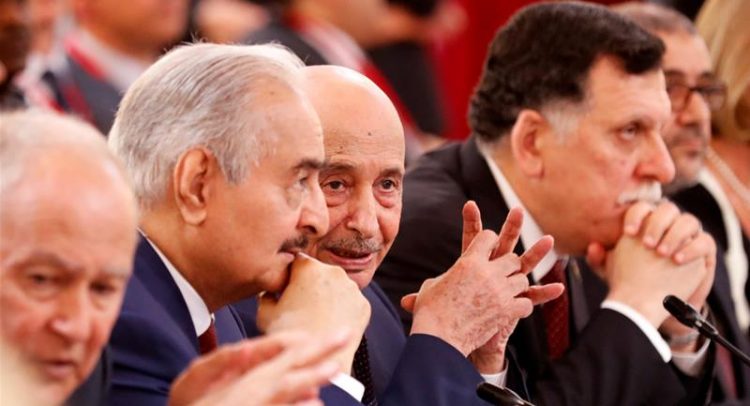 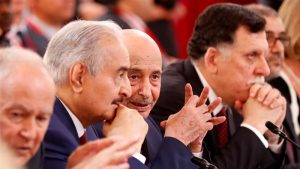 Representatives from 20 countries – including Libya’s neighbours, regional and European powers, the United States and international organisations – were at meetings at the Elysee Palace on Tuesday.

“The parties have committed to set the constitutional basis for elections and adopt the necessary electoral laws by September 16, 2018, and hold parliamentary and presidential elections on December 10, 2018,” said a joint statement.

Libyan Prime Minister Fayez al-Sarraj said he was happy with the outcome of the meeting and was keen to see the agreement ratified by all stakeholders.

“We reaffirm the existence and the need for a constitutional basis to organise an election and the need for everyone to work hand-in-hand to make sure the elections are a success,” Sarraj said in a press conference shortly after the meeting.

Sarraj added that he had called on other rival leaders who attended the meeting to bring an end to the civil war in the country and put an end to the bloodshed in Libya.

Libya splintered following the 2011 NATO-backed revolt that toppled Muammar Gaddafi. Since 2014 the North African nation has been divided into competing political and military factions based in Tripoli and the east.

The United Nations is leading an effort to reunify the oil-rich country and to organise national elections.

The Paris meeting, which included eastern-based commander Khalifa Haftar, Tripoli Prime Minister Sarraj, and leaders of rival parliamentary assemblies, aimed to urge them to agree to general principles for ending Libya’s crisis and moving towards elections.

“Positive that all Libya parties present at Paris conference agreed [to a] timeline leading to elections in December,” Malta’s Prime Minister Joseph Muscat said from inside the meeting. “Let us hope, and help them in keeping this important commitment.