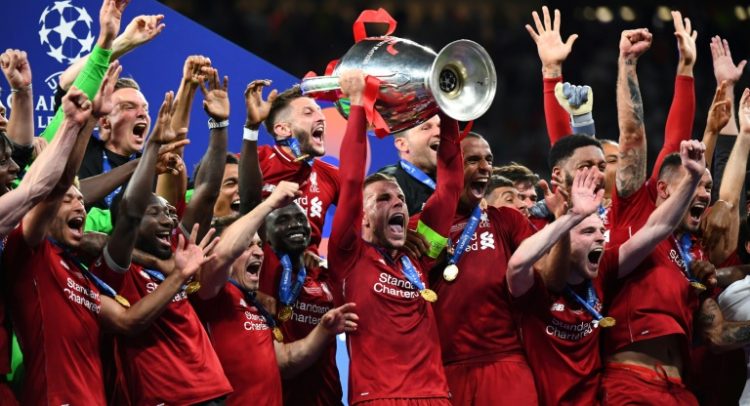 Liverpool captain Jordan Henderson says playing at an empty Anfield and winning the Premier League title with no fans present would be “pretty strange”.

Liverpool were 25 points clear of 2019 champions Manchester City and on the verge of their first English top-flight crown for 30 years when the league was shut down by coronavirus in March.

Clubs returned to training in small and socially distanced groups last week ahead of a proposed restart in June.

Henderson lifted the Champions League trophy in a packed stadium in Madrid last June but is preparing for a different experience this year.

“Of course it would feel different because if you win any trophy and receive it without any fans there, it would be pretty strange,” he told the BBC.

The 29-year-old England international midfielder said the title race was still not over.

“We still have work to do and we still need to perform at a high level right the way until the season finishes because we want to finish as strongly as we can to make sure it is a full season,” he said.

Henderson, who has been pivotal in Liverpool’s renaissance under Jurgen Klopp, said he hoped there would be a title celebration with fans inside Anfield in the future if, as appears certain, they finish the job.

“Whether we win it or whatever, then (receiving) the trophy and the fans not being there… you just have to deal with it when it comes,” he said.

“Hopefully it does happen. We are still in a very good position.

“It will mean we have won the Premier League and we will all be very happy but then we can look to the future — and whenever fans are allowed back into the stadium, I am sure we will have some sort of celebration together.”

Ding Dong, Spice to the rescue