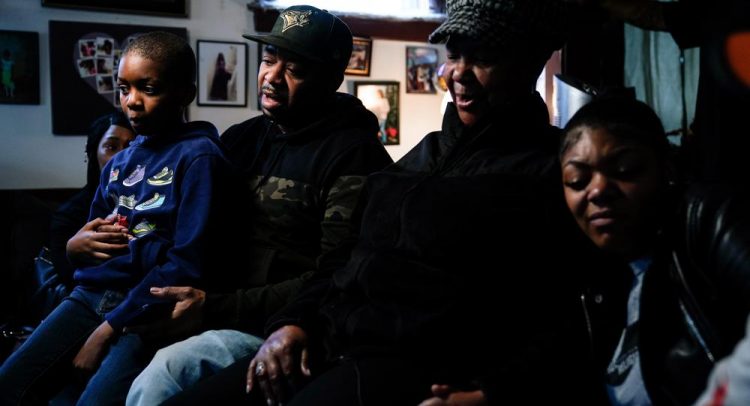 ‘Like every other day’: 10 lives lost on a trip to the store

By CAROLYN THOMPSON and MATT SEDENSKY

BUFFALO, N.Y. (AP) — They were caregivers and protectors and helpers, running an errand or doing a favor or finishing out a shift, when their paths crossed with a young man driven by racism and hatred and baseless conspiracy theories.

In a flash, the ordinariness of their day was broken at Tops Friendly Market in Buffalo, where in and around the supermarket’s aisles, a symbol of the mundane was transformed into a scene of mass murder.

Investigators will try, for days to come, to piece together the massacre that killed 10 people, all Black and apparently hunted for the color of their skin.

Those who loved them are left with their memories of the lost, who suffered death amid the simple task of buying groceries.

“These people were just shopping,” said Steve Carlson, 29, mourning his 72-year-old neighbor Katherine Massey, who checked in often, giving him gifts on his birthday and at Christmas, and pressing money into his hand when he helped with yardwork. “They went to go get food to feed their families.”

One came from volunteering at a food bank. Another had been tending to her husband at his nursing home. Most were in their 50s and beyond, and were destined for more, even if just the dinner they planned to make.

Shonnell Harris, a manager at the store, was stocking shelves when she heard the first of what she figured must have been more than 70 shots. She ran for the back door, stumbling a few times along the way. She wondered where her daughter, a grocery clerk, was, and went around to the front of the store.

She saw someone being shot, she said, and a man who looked like he was dressed for the Army.

“Like a nightmare,” Harris told The Buffalo News, shaken but grateful to have found her daughter safe.

The grisly scene was broadcast online by the gunman, a video notable not just for the cold-bloodedness of the killings, but how fast they unfolded. In the deafening rat-a-tat of gunfire, 10 voices were silenced, their stories left for others to recite.

Of a woman whose niece swore she was “the apple of God’s eye.” Of a longtime policeman who became a guard at the store and whose son knew he died a hero. Of an ace baker who’d give you the shirt off her back.

Garnell Whitfield Jr., whose 86-year-old mother Ruth Whitfield was killed in the attack, said she had come to Tops after her daily ritual of visiting her husband of 68 years in his nursing home. In so many ways, for so many years, Whitfield Jr. said his mother had devoted her life to those she loved.

“That day was like every other day for my mom,” he said Monday as he pondered how to break the news to his father.

Heyward Patterson, a 67-year-old deacon at State Tabernacle Church of God in Christ, was similarly doing the things he’d long been known for. He had just come from helping at his church’s soup kitchen and now was at Tops, volunteering in the community jitney service that shuttles people without a ride to and from the store.

Pastor Russell Bell of the Tabernacle Church said he believed Patterson had been loading someone’s groceries into his trunk when the shots took him down.

“Anywhere he was, he was encouraging people to be the best that they could be,” Bell said.

As customers arrived at Tops ahead of the shooting, their purpose was clear.

Roberta Drury, 32, was in search of something for dinner. Andre Mackneil, 53, came to pick up a cake for his son’s third birthday. Celestine Chaney, 65, needed some shortcake to go with the strawberries she sliced.

For some in the store, it was likely a trip of necessity, to fill an emptied fridge or get a missing ingredient. For Chaney, though, it was more than some stubborn chore. Stores were her passion.

Her 48-year-old son, Wayne Jones, said he’d typically take his mother shopping each week, stopping at grocery store after grocery store in search of the best deals, with the occasional stop for a hot dog or McDonald’s.

“We’d hit four or five stores looking for a deal,” he laughed even as his face was wet with tears.

On Saturday, it was Chaney’s older sister, JoAnn Daniels, 74, who accompanied her shopping, and the two sisters made a meandering trip through Tops’ aisles. Chaney knew she needed shortcakes, but flitting around the store, she decided she wanted to make shrimp salad, too, giggling with her sister as they filled the cart. She surveyed the roast beef and complained about the price of rolls before taking interest in chicken legs.

“You done?” she finally asked her sister, who said she was.

Pops suddenly ricocheted. The sisters thought they were firecrackers, but others started running. They went to follow, but Chaney was knocked down. Daniels said she reached to help, but her sister said she was fine.

“I’m coming,” Daniels said her sister assured. She thought Chaney was behind her.

It would be hours before she learned the truth, when her nephew saw the video of the shooting: Her baby sister, who had survived breast cancer and three surgeries for aneurysms, died on a trip to the grocery store.

Wayne Jones, center left, accompanied by his aunt JoAnn Daniels, center right, son Donell Jones, left, and daughter Kayla Jones, speaks during an interview with The Associated Press, Monday, May 16, 2022, about his mother, Celestine Chaney, who was killed at the shooting at a supermarket over the weekend, in Buffalo, N.Y. (AP Photo/Matt Rourke)