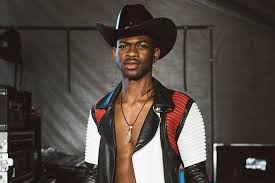 Lil Nas X was overwhelmed with the love he felt from his UK concert Sunday night, and that inspired him to tell the world his truth.

The 20-year-old “Old Town Road” star had just performed with Billy Ray and Miley Cyrus in front of 180,000 people in Glastonbury, England … he’s never seen the likes of a crowd like that and was stunned by the reception.

Sources directly connected to the rapper tell TMZ, after leaving the stage he tweeted a series of declarations … all but saying he’s gay. The post was oblique, with Nas saying things like, “some of y’all already know, some of y’all don’t care, some of y’all not gone fwm no more.”

However, our sources say he absolutely intended this as his way of coming out. We’re told he was “tired of being closeted.” He did not tell anyone — Miley, Billy Ray or anyone else in advance — that he was about to tell the world he’s gay.

Our sources say … Nas realizes there’s a chance he might alienate part of his fan base, but he says his music crosses many genres, so it’s not like he’s beholden to country, hip-hop, etc.

We’re told he wanted to tell everyone he’s gay, but his hesitation is that he doesn’t want to become “the poster child for the LGBTQ community” … at least not yet. He’s 20 years old and has only been famous for a few months, and as one source put it, “Everything’s happening so fast his head is spinning. He may become a leader in gay rights, but not quite yet.”

Our sources also say Lil Nas X feels he can be a role model for other young people who are scared to come out. He believes this will not hurt his career and will give others inspiration.

As for Miley and Billy Ray, we’re told they’re “thrilled” he’s come out and they fully support him.

Dominica PM says he will bow out after general election