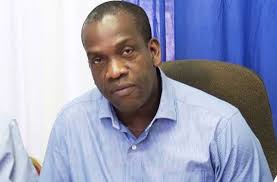 Opposition Leader and Political Leader of the United Workers Party (UWP), Lennox Linton, has refuted claims by the parliamentary representative for the Roseau constituency, Joseph Isaac, that the party does not have a nationalistic approach to politics.

Isaac made that claim while announcing his decision on Wednesday, to leave the UWP. He said he had failed to get the party to move away from the traditional, opposition approach to politics in favour of a more nationalistic posture despite his efforts to sell the idea to the Leader, the Executive and the General Council of the party.

But Linton has countered Isaac’s criticism by portraying the UWP as a party that prides itself on a “politics with principle” approach in which country comes first at all times.

“When we seek, for example, to protect the national interest from having our diplomatic passports in the hands of bandits all around the world; it is the national interest that we are pursuing, not our personal interest,” Linton stated. “When we talk about jobs for young people, when we talk about equity in sharing relief supplies, equity in distributing material resources, housing material, building material to help people put their lives together, back together after the hurricane, we are talking the politics of principle that is driving our advocacy now for putting country first, making sure the people of the country benefit. That is what we’re about”

According to Linton, it must be some misunderstanding that leads someone to suggest that what the UWP is doing is not in the national interest of the people of Dominica.

“Whether it be campaigning for electoral or insisting that the economy should grow so that young people can find jobs; so that we could get into green energy; so that we could do a better job with this resilient development of Dominica that we are talking about. It is for the benefit of the people and the national interest,” he argued.

The UWP leader admitted to receiving a letter from Isaac on the 31st of May 2017 under confidential cover. He said the letter outlined a number of challenges which Isaac thought that he, Linton, faced personally and recommendations to deal with those challenges.

“I considered it to be confidential but he did indicate in that letter his difficulties with continuing as the Roseau Central MP but we spoke about it as he did speak with other members of the party and since that was May 31st last year, I thought we had gone over that because of the number of initiatives we’d been involved in together including key strategic planning initiatives as to how we were going to be moving forward. A lot has changed since Maria so, maybe this one of them,” Linton stated.

Linton, who said he considered Isaac a friend, confessed to being surprised and “a little hurt” by Isaac’s decision but thanked his former colleague for his membership in the UWP and for his years of service to the organization.

“And for all of the struggles and the trials and tribulations that he went through, going through the campaign of 2014 and emerging successful on the party ticket and serving with the party in Parliament for the limited times that we were able to stand in the parliament in representation of the interest of our people,” the UWP leader said. “I want to thank him and I want to do so very sincerely and to wish him well in his future endeavours.”