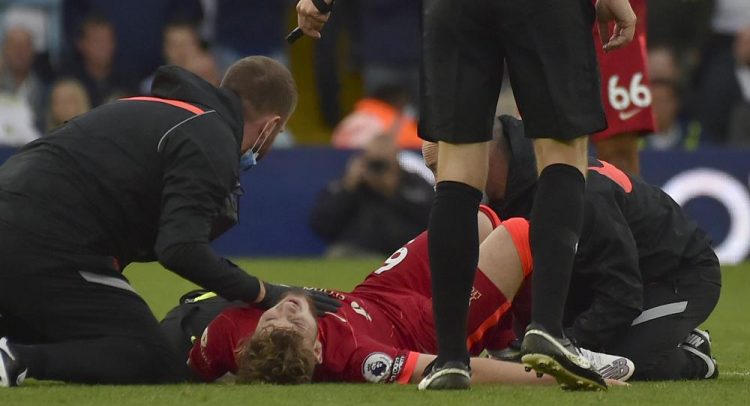 The 18-year-old Elliott was hurt following a challenge by Leeds defender Pascal Struijk and was carried off on a stretcher during the 3-0 win in the Premier League on Sunday.

“I spoke to him the night after the game and he was in the best possible place at that moment,” Liverpool manager Jurgen Klopp said.

Elliott, who received oxygen as he was taken off the field at Elland Road, posted a picture of himself on Instagram with thumbs up soon after the incident and wrote: “Thank you for the messages guys! Road to recovery.”

Struijk was shown a red card for the challenge. Leeds said Tuesday it has appealed against that decision.

Liverpool’s Harvey Elliott is assisted after he got injured in a clash with Leeds United’s Pascal Struijk during the English Premier League soccer match between Leeds United and Liverpool at Elland Road, Leeds, England, Sunday, Sept. 12, 2021. (AP Photo/Rui Vieira)

Nigeria faces one of its worst cholera outbreaks in years