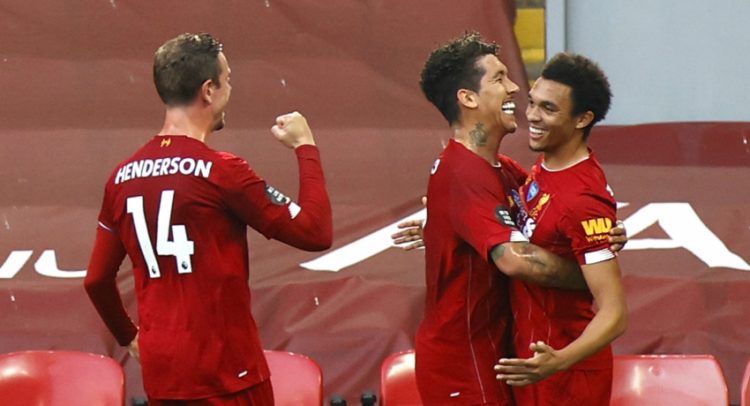 The Reds’ 19th league title was secured on Thursday when Chelsea’s 2-1 victory over Manchester City at Stamford Bridge meant Pep Guardiola’s side could no longer mathematically catch Jurgen Klopp’s men.

The destination of the 2019-20 Premier League title has been a foregone conclusion for some time, though, with Liverpool having taken a remarkable 86 points from their first 31 games.

Klopp’s side pushed City all the way last season but, despite claiming 97 points on that occasion, they finished behind a City side that won back-to-back titles.

This time around it has been the club from Merseyside who have set a relentless pace.

Liverpool dropped just two points from their opening 27 games and did not taste defeat in the Premier League until the final day of February when beaten 3-0 by Watford at Vicarage Road.

At that point their lead over City was already 22 points and only the coronavirus-enforced break has delayed their confirmation as champions for the first time since 1989-90.

That title triumph was Liverpool’s 18th league championship, a record haul that has since been eclipsed by Manchester United following their glorious run under Alex Ferguson.

However, Klopp’s arrival from Borussia Dortmund to replace Brendan Rodgers in 2015 turned Liverpool into a force once more – at first on the continent, and now domestically.

Liverpool beat Tottenham in the Champions League final 12 months ago, a year after being beaten at the same stage by Real Madrid in Kiev, to win Europe’s premier club competition for a sixth time.

But it was the top domestic prize for which their fans had yearned for so long, and Klopp’s men of 2019-20 have now ended that long wait, and with seven games to spare.