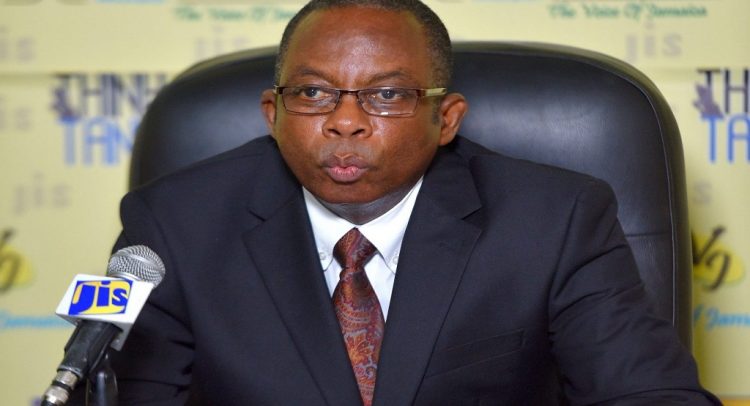 DIRECTOR of Elections Glasspole Brown says the Electoral Office of Jamaica (EOJ) has the capability to hold general and local government elections on the same day, but that for any such move it would require additional time between the nomination of candidates and the casting of ballots.

He was responding yesterday to questions from East Kingston and Port Royal Member of Parliament Phillip Paulwell at a meeting of the Public Administration and Appropriations Committee (PAAC) at Gordon House. The committee met to pore over the revised national budget with representatives of the finance ministry, and a number of other departments and agencies of government.

Brown, noting the $2.4 billion set aside in the 2020-21 budget for both elections, said: “Our preliminary estimate is that if we are able to combine both elections, you’d be looking at savings close to three quarters of a billion dollars.” He added that the possibility of holding both elections simultaneously “can be looked at”.

“There are a number of things we would need to do [because] critical is the period between nomination and the elections. There are certain activities that we now carry out in terms of the ROPA (Representation of the People Act) [between 16 and 23 days]. If we are asked to do both elections, we would require additional time; we think we could work with a minimum of 32 days between nomination [and election day]. You’re talking about printing two million ballots for the two elections, and you’re going to now print four million ballots and there are a number of additional things that need to be done,” Brown said.

He said the EOJ would also need more equipment but that some of those would have to be sourced overseas, which would bring into play the need for additional security measures.

On Monday, the Opposition People’s National Party (PNP) said its parliamentary caucus was determined to redouble the commitment to winning the next general election. In a statement following a meeting at The Mico University College in Kingston, the Opposition MPs said they were re-energised and united.

Just over a week ago, there were rumblings in the party after a letter surfaced in which 15 of the 29 Opposition MPs demanded a meeting with party president, Dr Peter Phillips, sparking suggestions that some Opposition MPs were gearing up to signal to the governor general, Sir Patrick Allen, that they had lost faith in their leader. That now seems to have been averted, with the party in election mode as only five of the 15 reportedly attended the meeting.

The parliamentary group is said to have held frank and constructive dialogue in advancing plans for the upcoming elections.

According to the statement, Dr Phillips told the group that the base of supporters were ready for an election, and that the national campaign will be overhauled across all media platforms. The party said it has its eyes set on claiming an additional 15 constituencies.

The elections are due in February 2021, but the constitution allows a further three months for the polls to be held.

Leadership in the Digital Age

Federer out of tennis until 2021 after knee surgery