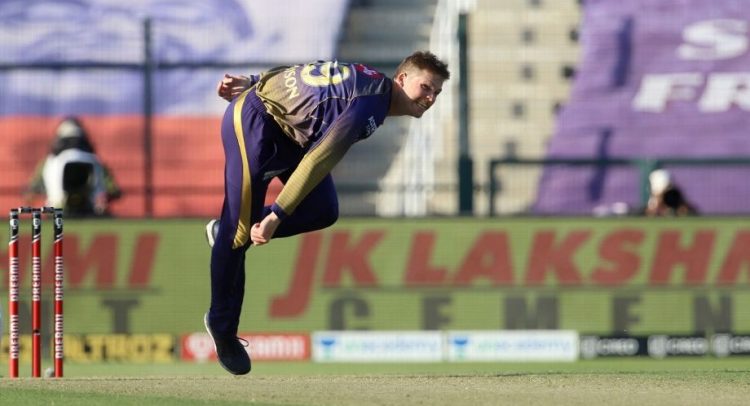 “I always wanted to be fast, whatever I was doing – sprinting, bowling. Whatever it might be, I’ve always been very keen to do it fast.” You know who said those words, don’t you, if you watched the Kolkata Knight Riders’ Super Over win against the Sunrisers Hyderabad in Abu Dhabi on Sunday.

Lockie Ferguson not only wanted to be fast at everything but also wanted to emulate the way New Zealand rugby player Christian Cullen would ride around on his Harley Davidson. Ferguson arrived like a Harley himself – figuratively – in the desert of the UAE’s dry lands on Sunday with his tearaway pace and precision to spectacularly run through the Sunrisers line-up, especially in the Super Over. He ran in with steam, like a nicely revved up engine, nailed the yorkers, targeted the stumps from wide of the crease, and used some clever slower deliveries to deceive batsmen in the 27 deliveries he bowled – four overs in the match and three more in the Super Over.

Pace has already been the flavour of this IPL, but it took the Knight Riders nine games to give get Ferguson in the XI, while the Delhi Capitals have been benefiting the most from the pace combination of Anrich Nortje and Kagiso Rabada. Their 31 wickets together are the primary reason the Capitals have been among the top two sides this season, fighting closely for the top spot with the Mumbai Indians, whose pace attack featuring Jasprit Bumrah, James Pattinson and Trent Boult have taken 36 wickets combined. The Mumbai attack doesn’t have the express pace like the Capitals – although Pattinson (who has been replaced for the last two games by Nathan Coulter-Nile) has breached the 150kmh mark once this IPL – but it’s the use of that pace along with the uncomfortable lengths and variations that makes these fast bowlers unplayable even on surfaces that aren’t traditionally helpful for them.

The Knight Riders head coach Brendon McCullum told the TV commentators during the match on Sunday that the way he saw the Capitals and Mumbai lead the table with their pace attack, he thought it was time to unleash Ferguson’s speed from their ranks too.

Ferguson struck with his very first ball, with the wicket of Kane Williamson who upper cut a short delivery to third man. That was 137kmh, Ferguson’s engines are just warming up. Now bowling to Jonny Bairstow and 19-year-old Priyam Garg, Ferguson picked up his pace and the two batsmen weren’t able to middle their shots. Edges were flying off Garg’s bat, Bairstow was finding the toe-end of his bat, and they were being beaten by pace anyway.

In his next over, Ferguson slipped in a clever slower legcutter to Garg at the stumps, beating the batsman with lack of pace and hitting the top of off. By his third over, all of Ferguson’s cylinders were firing. After a leg-stump yorker hit Warner’s shin for a leg bye, Ferguson sent another yorker down right at the base of the stumps which Manish Pandey missed because of the express pace and looked back at the stumps in disbelief while also checking how the bottom of his bat didn’t block the ball? Because…148.3kmh. After 2.3 overs Ferguson had conceded just five runs and picked up three wickets.

“Where was he all this time this season?” exclaimed Ian Bishop on commentary at the end of the over.

Ferguson could have also had a fourth wicket in the 18th over had a diving Andre Russell held on to a catch at point of Abdul Samad, and Ferguson ended with 4-0-15-3. Ferguson’s sixth gear was saved for the Super Over though.

His first ball carried such pace that when Warner missed the outside edge, the ball crashed into the stumps. Two balls later it was Samad at the receiving end…fire it in quick or the slower one? He unleashed a slower legcutter right in the block hole which Samad swung for and missed, and the Sunrisers Super Over lasted all of three deliveries. Out of the 27 balls Ferguson bowled, seven were over 150kmh with a fastest delivery of 152.38kmh.

“I’ve been training quote a lot, but obviously I haven’t played in a while so I was pretty nervous,” Ferguson told Shubman Gill in a chat on IPLT20.com after the match.

“There’s a slightly bigger side [of the boundary] so I was trying to get them to hit out there [in the death], back my yorker, back my slower ball, and then fortunately got the wickets which is always nice at that stage.”

Playing a match after over seven months, it’s never easy for an express pace bowler to deliver like Ferguson did. To keep his body in shape and ready to bowl such overs, he had been training all through the lockdown, doing his strength and conditioning, and running from Monday to Friday every week. Ferguson stays with two other cricketers – Ben Horne and Henry Cooper – in what he calls an “athletic house” that helps him keep fit, and he had been training for the IPL in May itself, when rumours started floating of the tournament being played in September.

With Sunil Narine injured and Pat Cummins not picking up too many wickets of late, Ferguson could very well play most of Knight Riders’ remaining matches. All he needs to do is keep shining that Harley he has inside of himself.

Iran hits back at US sanctions threat after arms embargo expiry