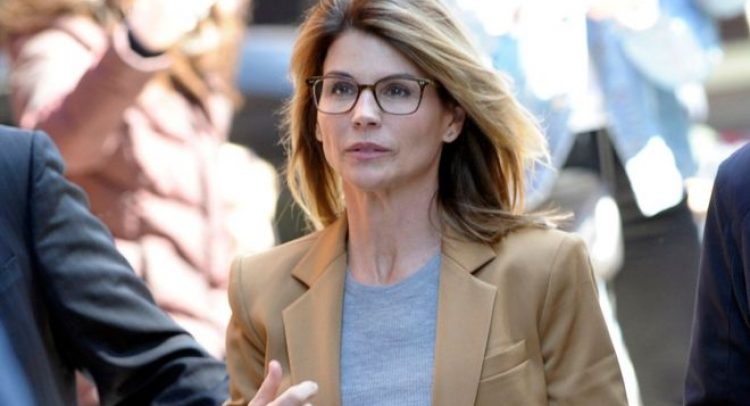 US actress Lori Loughlin, of the sitcom Full House, and her husband, designer Mossimo Giuannulli, will plead guilty to college admissions scam charges.

They are among 50 people charged in an alleged criminal enterprise to get their children into top US schools.

The couple had initially pleaded not guilty to the fraud charges.

Officials say they have agreed to a plea deal of prison time, a fine and community service under supervised release.

According to the US Attorney’s office in Massachusetts, Ms Loughlin will plead guilty to conspiracy to commit wire and mail fraud on Friday.

Mr Giannulli will plead guilty to the same, plus one count of honest services wire and mail fraud.

Prosecutors had said Ms Loughlin and Mr Giannulli paid $500,000 (£408,000) in bribes to have their two daughters admitted into the University of Southern California (USC) as fake rowing-team recruits.

Under the terms of the deal, Ms Loughlin will serve two months in prison, pay $150,000 in fines, have two years of supervised release and complete 100 hours of community service.

Her husband’s sentence is similar: he will serve five months in prison, pay $250,000 and must complete 250 hours of community service.

“Under the plea agreements filed today, these defendants will serve prison terms reflecting their respective roles in a conspiracy to corrupt the college admissions process and which are consistent with prior sentences in this case,” Massachusetts US Attorney Andrew Lelling said in a statement on Thursday.

“We will continue to pursue accountability for undermining the integrity of college admissions.”

The pair will bring the total number of parents pleading guilty in the scam to 24.

The couple were among the most high-profile suspects to be caught up in the national cheating scandal.

Desperate Housewives actress Felicity Huffman was also charged and pleaded guilty within one month. She ultimately served 11 days of a two week sentence in a San Francisco-area prison.

Prosecutors in Massachusetts had publicly warned Ms Loughlin that the longer her case dragged on, the longer her sentence would be if she was eventually found guilty at trial rather than plead guilty.

“If she’s convicted, I don’t think I’m giving her any state secrets by saying we would probably ask for a higher sentence for her than we did for Felicity Huffman,” Mr Lelling told WCVB-TV in Boston in October.

The development comes only two weeks after the couple again moved to have the case dismissed.