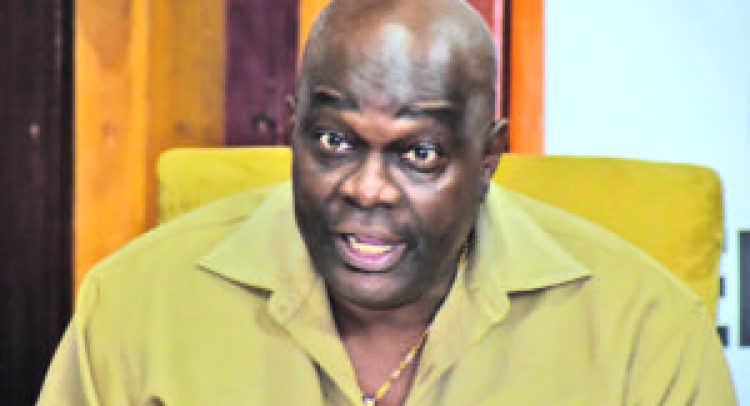 Chief Elections Officer Keith Lowenfield has been caught in the fourth attempt to alter the results of the elections, following his submission of a second report with doctored figures on Tuesday.

Lowenfield submitted to the Chair of the Guyana Elections Commission (GECOM), Retired Justice Claudette Singh, a report containing numbers which do not reflect those certified at the National Recount which was deemed credible by a high-profile team from Caricom.

In fact, the manufactured figures included in Lowenfield’s latest report do not even correspond with the numbers he had concocted in his first report to the Chairperson.

In the first report, Lowenfield claimed that the APNU/AFC won 125,010 votes while the PPP/C won 56,627 – disfranchising some 60 per cent of the electorate on mere allegations that their votes are “invalid”.

But now, Lowenfield’s new report validates votes he would have previously invalidated; the CEO now claims that the APNU/AFC coalition garnered 171,825 votes while the PPP/C gained 166,343 votes.

How the CEO arrived at those figures is unknown, since the certified results from the legally conducted recount exercise supervised by GECOM and a high-level team from the Caribbean Community (Caricom) pellucidly show that the PPP/C won with 233,336 votes while the APNU/AFC garnered 217,920.

Guyana Times understands that the GECOM Chairperson has rejected Lowenfield’s latest report. The Commission, up to news time, had not issued a statement on these developments.

Lowenfield’s attempt to alter the results of the results and deny the will of the people comes on the heels of two previous attempts made by Returning Officer for Region Four Clairmont Mingo.

Mingo, during the tabulation of votes following the March 2 elections, used figures which were heavily inflated in favour of the APNU/AFC coalition – vastly differing from the official numbers recorded on the Statements of Poll (SoPs).

On March 5, Mingo declared fraudulent results for District Four, prompting the PPP/C to move to the courts which scrapped those results and ordered that the process be done through the legally prescribed procedure.
When the process was resumed, Mingo still proceeded to use concocted numbers, and he eventually made a second fraudulent declaration on March 13.

But the certified recount process clearly shows that for Region Four, the APNU/AFC won 116,941 votes while PPP/C won 80,920.
Mingo’s attempts to alter the results of the elections were noted by all international stakeholders, members of the diplomatic community and electoral observers.

In fact, Head of the Electoral Observation Mission of the Organisation of American States (OAS) in Guyana, Bruce Golding had previously revealed that he had never seen such a “transparent attempt to alter the results of an election”.

Attempts to rig the elections were massively exposed during the transparent recount exercise, which showed that for numerous ballot boxes, Mingo significantly inflated the votes for the APNU/AFC coalition.