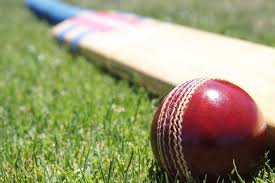 West Indies Women ended their tour of New Zealand in the same vein they began, with another defeat and a comprehensive series loss here yesterday.

With only pride at stake in the final Twenty20 International of the five-match series at Seddon Park after losing three of the previous four, Windies Women once again found themselves outplayed, and went down by seven wickets.

Sent in, the Caribbean side looked in good shape when captain Stafanie Taylor smashed 42 and teenager Hayley Matthews, 40, in an exciting opening stand of 60 off 44 deliveries.

Deandra Dottin got her first significant score of the series with 33 but off-spinner Leigh Kasperek (2-19) and speedster Lea Tahuhu (2-27) clawed things back for the White Ferns, to limit Windies Women to 139 for five off their 20 overs.

Wicketkeeper Katey Martin then extended her excellent form with an unbeaten 54 while Amy Satterthwaite weighed in with 43, as New Zealand stormed to their target in the 17th over.

The innings lay in ruins at 27 for three in the third over following fast bowler Shamilia Connell’s devastating new-ball burst, but Martin and Satterthwaite calmed their side’s fears with an intelligent 116-run, unbroken, fourth-wicket stand.

The series was a wretched one for the Windies, suffering a whitewash in the three-match one-day series before losing the T20 series 4-0, with the fourth in New Plymouth abandoned without a ball bowled due to rain.

Taylor belted five fours and a six in a 36-ball knock, while Matthews faced 28 balls and counted six fours and a six, to give the visitors impetus early on.

When Matthews holed out to deep midwicket off Kasperek in the eighth over, Chedean Nation followed in the 11th over, nicking a drive at a quick one from Tahuhu to be caught at the wicket for six.

Dottin then joined Taylor ,and together they put on 33 for the third wicket to lay the ideal foundation for an assault at the back end of the innings.

This acceleration never materialised, however, as Taylor drove pacer Sophie Devine low to long-off and Merissa Aguilleira (9), after adding 27 off 23 balls for the fourth wicket with Dottin, slashed Tahuhu to Amelia Kerr at a deepish gully.

Dottin, who faced 31 balls and struck five fours, failed to significantly raise the run rate and perished to the first ball of the final over, skying Kasperek to be caught at cover.

There was some hope for West Indies Women when Connell claimed Natalie Dodd (8) in the first over, gloving a catch behind and then removing Maddy Green and Devine (15) in the third over.

But Martin stroked 10 fours in an attractive 41-ball knock, while Satterthwaite notched four boundaries in a run-a-ball knock to see off the Windies challenge.