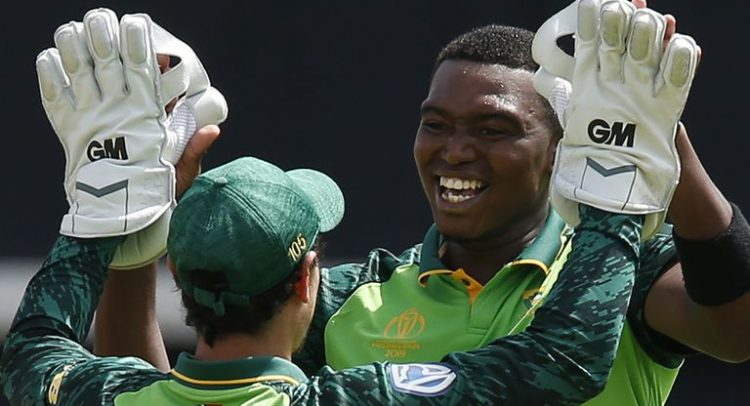 Seamer Lungi Ngidi is set to return to action for South Africa in the upcoming ODI series against England after proving his fitness.

Ngidi, 23, missed the recent Test series against the tourists after damaging his hamstring in December but is back in contention along with fit-again spinner Tabraiz Shamsi and all-rounder Jon-Jon Smuts.

The trio successfully came through a high-performance training and conditioning camp but seamer Sisanda Magala has not been given the all-clear.

Cricket South Africa confirmed that Magala, 29, will nevertheless join up with the Proteas squad for the three-match ODI series with a view to being available for selection for the T20 series which follows.

“I’m proud of the work that’s been achieved by the four players who have been in our high-performance camp for the last three weeks,” said Cricket South Africa interim Director of Cricket, Graeme Smith.

“It’s been a tough assignment and the guys have really put in the work with the ambition to get into the green and gold in mind, that’s the kind of commitment and grit we’re looking for in our national team.

“I’m pleased that Lungi, Tabraiz and Jon-Jon have been declared fully fit to join the ODI squad and I’m confident that Sisanda will be in that circle soon enough. He has put in an immense amount of work over a short period of time and we want to ensure he has the tools to deal with the high demands of international cricket when the opportunity arises.

“The Proteas men have an incredibly busy year of limited overs cricket ahead of them and we want to be certain that our players are up for the demands that will come.”

“It’s an exciting group of youngsters that the selectors have picked and it’s a clear sign to everyone that if you put in the hard yards consistently enough, it will pay off eventually,” said newly appointed Captain Quinton de Kock.

“We’re excited to take on a team like England who have had a really good season. It’s a good way of measuring ourselves against the current ODI world champions and the right kind of challenge for everyone from the new guys to the senior players. It’s going be a good, quick and tough series and I’m looking forward to it.”