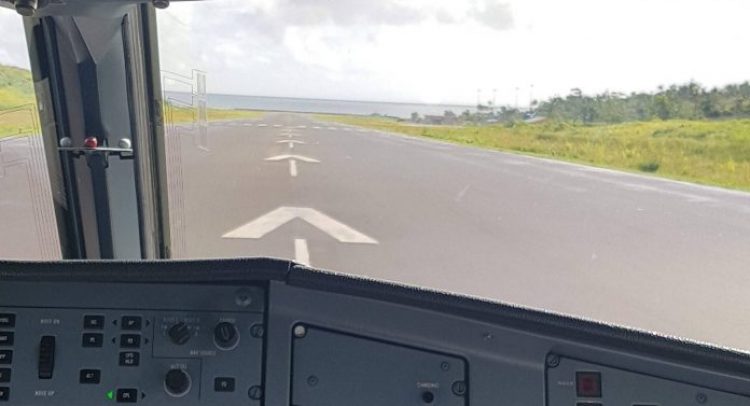 The major air carriers in the Caribbean Community, already drowning in debt, are sinking in the red even further with severely restricted flying activity from the COVID-19 pandemic and as reluctant governments and maxed out taxpayers attempt to dodge their demands for more financial subsidies.

Bahamas Air, Suriname Airways, Antigua-based island hopper LIAT and Caribbean Airlines are either operating with debts of staggering proportions or as in the case of LIAT, been forced to largely ground its fleet, layoff highly trained staff and take a break from the skies while shareholders ponder its very uncertain future.

For example, The Bahamian government in the past week said it was forced to increase fares for state-owned Bahamas Air as the carrier is already operating with more than $60 million and counting with reduced passenger loads because of the COVID-19 pandemic.

“As you can imagine, during this pandemic Bahamas Air has racked up substantial losses. We won’t know until the end of the year, when we see what the numbers are – we don’t know what will happen over the rest of the year – but I would conservatively estimate the losses will probably be between $50-$60 million,” Minister of Aviation, Dionisio D’Aguilar told the local Tribune Newspaper.

The carrier is a major player on the lifeline route between the archipelago islands and the southern United States, Florida in particular, ferrying thousands of passengers to the country’s world class tourism industry each year.

The minister argues that taxpayers are stressed out trying to keep the airlines afloat even as other sectors compete for subsidies that have to be budgeted for the carrier with successive annual budgets. Passengers, for instance, would now have to pay a $25 fee for the first checked bag to bring fares “more in line with the competition.”

He said that the cabinet would not be surprised if an audit showed that the $60 million tab is a low estimate as he noted that fares have remained stagnant for the past eight years. The time has come to change this he said.

Way down to the southern end of the region, Suriname Air is also barely surviving under the weight of massive debt.

Director Radjesh Radikoemar said that SLM was at least $88 million in debt with pension deduction, income and other taxes not being paid to state revenue for years.

“These are sums of the debt position of the SLM over several years plus what is added now because of the COVID-19 situation, because we have no income. I said from last year, when I was brought to SLM, that this company is in dire straits, but management is not too bad. There are plenty of options,” he noted, suggesting that the firm needs about four good years to recover and be healthy. The carrier took a beating for delaying in certification of a leased Boeing 777 as it sat on the ground for a year while millions in lease payments had to be made.

The two others flying on a wing and a prayer with debt are Antigua-based LIAT and Caribbean Airlines of Trinidad, the region’s best known and among the oldest and most established.

LIAT collapsed spectacularly last year owing $80 million to staffers and $100 million to creditors. It recently resumed flying to limited island destinations but it quickly ran into certification problems with shareholder nations Barbados and St. Vincent, both of which have made it clear that the time for a new start up carrier is now rather than continuing the battle to make a highly subsidized island hopper profitable. Governments in the two are now supporting a private group’s efforts to operate a new regional service.

The Keith Rowley administration recently approved a government subsidy of $65 million that came through a guaranteed state loan to ease the effects of the border closure even as the island’s borders remain closed, severely hampering normal services.

Salaries of some categories of workers have been reduced by up to 20 percent. Dozens of pilots have been sent on no pay leave even as the airline has resumed limited flights to open border countries like Guyana, Jamaica and the Eastern Caribbean while also undertaking charters for varied clients.

And just as the carrier was beginning to flap its wings again, it was forced to suspend recently resumed services to Cuba because of spikes in cases on the island, dealing a blow to its revenue making efforts.