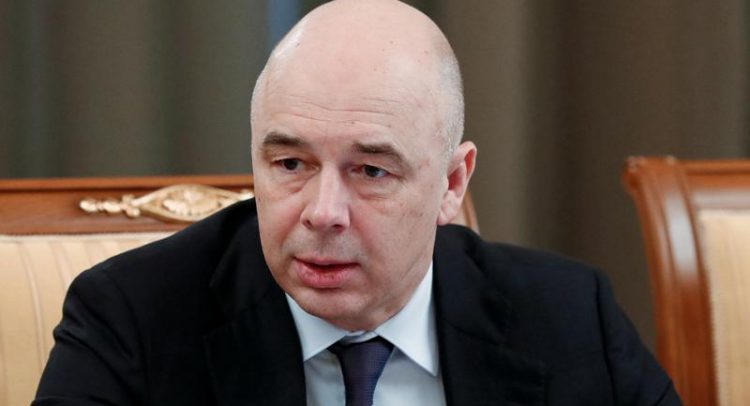 MOSCOW (AP) — Russia said Thursday it will completely remove the U.S. dollar from its rainy day fund, a move intended to counter American pressure two weeks before a summit of the two countries’ leaders.

Finance Minister Anton Siluanov told an economic forum in St. Petersburg that the National Wealth Fund will turn its dollar-denominated assets into euros, yuan and gold.

He said the shift will take a month, and once it’s completed the fund will have 40% of its holdings in euros, 30% in yuan and 20% in gold, while the British pound and Japanese yen each will account for 5%.

Siluanov said the fund currently has 35% of its assets in dollars and another 35% in euros.

The fund accumulates oil revenues to increase the country’s resilience to market fluctuations and help support major national projects. It held about $186 billion-worth of total assets as of last month, part of the nation’s gold and hard currency reserves that stand at the equivalent of about $600 billion overall.

The announcement comes just two weeks before a scheduled summit between Russian President Vladimir Putin and U.S. President Joe Biden. They are set to meet in Geneva on June 16.

Russia long has moved to reduce the dollar’s share in its hard currency reserves as it has faced waves of U.S. sanctions amid tensions with Washington and its allies.

Asked about the latest announcement, Kremlin spokesman Dmitry Peskov told reporters that many countries, including Russia, have sought to ease their dependence on the dollar amid growing “concerns about the reliability of the main reserve currency.”

Speaking on the sidelines of the St. Petersburg forum, Deputy Prime Minister Andrei Belousov said the decision to cut the dollar holdings was linked to “threats of sanctions that we have received from the U.S. leadership.”

Russia’s ties with the U.S. and its allies have plummeted to the lowest levels since Cold War times after Moscow’s 2014 annexation of Ukraine’s Crimea, accusations of Russian interference in elections, hacking attacks and other issues.