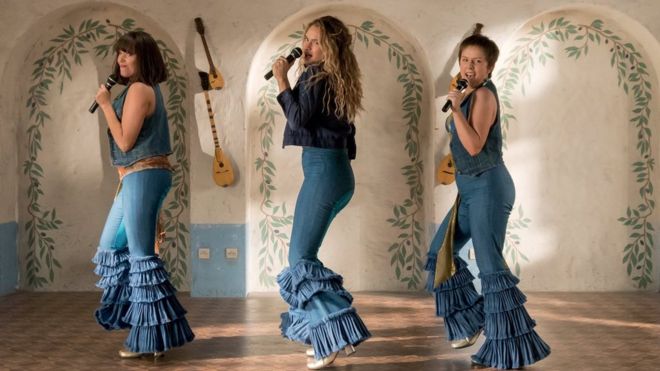 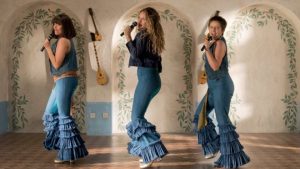 The UK album chart is awash with soundtracks in a way that hasn’t been seen since the 1960s.

The cast recording of the Abba movie sequel Mamma Mia!: Here We Go Again is at number one, mirroring its position in the cinema box office chart.

It pushed The Greatest Showman soundtrack down to number two, while the first Mamma Mia! album is at five.

The last time there were three soundtracks in the top five was February 1969, according to the Official Charts Company.

Back then, the best-sellers included The Sound of Music, Yellow Submarine and The Graduate. That was also the week that Jennifer Aniston was born and the Allende meteorite struck Mexico.

The soundtrack to Mamma Mia! Here We Go Again includes new versions of Waterloo, Fernando and Dancing Queen – none of which bear comparison to the originals.

Partly because of that, Abba’s greatest hits collection, Abba Gold, returned to the top 10 for the first time since 2008, landing at number seven.

However, the Mamma Mia! album still has a long way to go before it can emulate The Greatest Showman’s million-selling success.

That record, which accompanies Hugh Jackman’s family-friendly spin on the story of circus-founder PT Barnum, has taken up permanent residence in the top five since its release in January, spending 21 weeks at number one so far.

Despite that, neither The Greatest Showman nor Mamma Mia was this week’s biggest-seller overall.

That honour went to Now That’s What I Call Music 100, which shifted 176,000 copies over the last seven days.

However, compilation albums have a separate chart, which is why Now 100 didn’t appear in the official top 40.

The most successful Now album is 1999’s Now 44, which features Britney Spears’ …Baby One More Time and Steps’ Tragedy, and has sold 1.65 million copies.

In this week’s singles chart, Drake scored a second week at number one with In My Feelings, while there were new entries for The 1975, 6ix9ine and Panic! At The Disco.