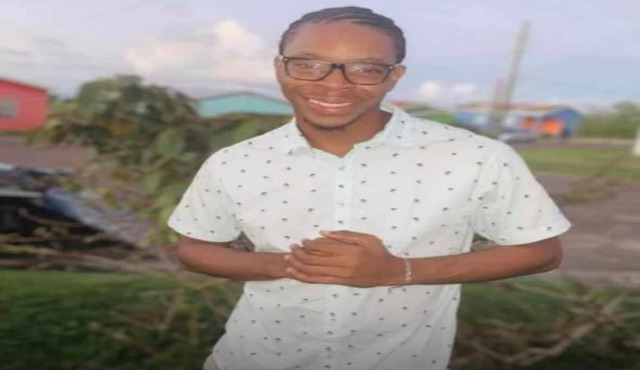 Basseterre, Monday, 16th January,2023, (My Vue News.com) –Four days after his body was laid to rest and three weeks after his untimely death, police have now confirmed that they have arrested one man, for the murder of a promising sportsman from St. Paul, in St. Kitts.

Police say that they have arrested and charged an 18-year-old man, Calbert Powell, of Station Street in Old Road, for the stabbing to death of Javrell Joshua Alford.

The actual charge was made on Sunday, 15th January, 2023, for the offence committed on Monday, 26th December, 2022, during the annual J’ouvert Morning jam session for the country’s carnival.

Bystanders made efforts to assist Alford, after being stabbed, but eventually, he had to be rushed to the hospital via police vehicle, but sadly he died shortly after.

Many had been calling for the arrest of the person responsible, and this desperate plea for justice could be heard around the cemetery, when Alford, was laid to rest on Thursday, 12th January, 2023.

An autopsy was performed on Alford’s on December 30, 2022, by Resident Pathologist, Dr. Adrian Nuñez, who concluded that death was due to hypovolemic shock due to a single stab wound to the abdomen.

Public release of the 2020 Revised (Supplement) Edition of the Laws of St. Kitts & Nevis & the Ordinances for Nevis