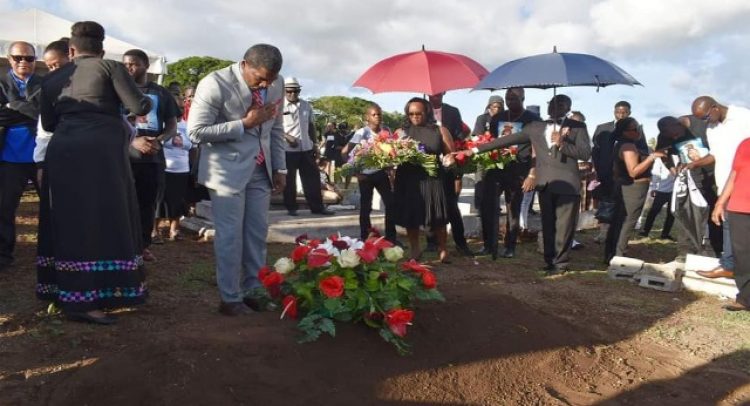 Man charged for death of Nanton

Police say that 39-year-old Dion Richards of Lower Monkey Hill has been charged with causing the death of Nanton of College Street Ghaut.

She was a passenger on a motor scooter that was involved in a traffic accident that occurred along the island’s Main Road in Brighton, Cayon.

Circumstances are that both scooters were traveling from Cayon to Ottley’s. Richards attempted to overtake PB4254, which was carrying passenger Nanton.

At the same time, a motor truck was traveling in the opposite direction and both scooters collided.

As a result, Morton lost control of his vehicle (scooter), and he and Nanton fell to the ground.

She was transported to the JNF Hospital where she succumbed to her injuries on August 22, 2022.

Following an autopsy on Nanton’s body on August 26, 2022, it was concluded that her death was due to multiple organ damages due to severe craniofacial trauma due to the consequence of a motorbike accident.

Funeral services were held for Nanton on Thursday, 8th September, 2022, and were attended by scores of supporters and the leadership of the St. Kitts Nevis Labour Party, of which she was a member. Those in attendance included Prime Minister, Dr. Terrence Drew and MP for Central Basseterre, Marsha Henderson.