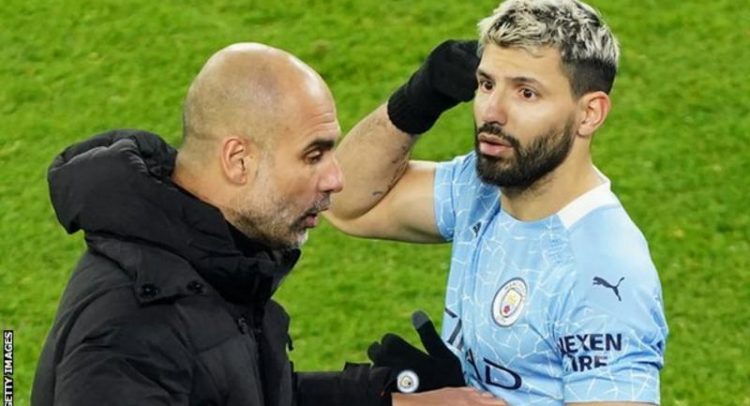 The Argentine, who has only played a total of 141 minutes across five appearances this season, was already isolating after coming into contact with a positive case.

The 32-year-old tweeted: “I had some symptoms and I’m following doctor’s orders for recovery.”

Aguero missed the past three matches as he self-isolated and is now set to be out for a longer spell.

This is the latest setback for City’s all-time top scorer following knee and hamstring problems earlier in the campaign.

Aguero, who has been with the club since 2011, has only figured for 31 minutes since being substituted at half-time in the draw at West Ham on 24 October.

On Tuesday, City boss Pep Guardiola said his side had coped without their star striker, but that they needed him back.

“Sergio is a player who can create for himself and win a game by himself but he has not been with us for a long time,” the Catalan boss said.

“When we didn’t have him we could have started complaining. but we did completely the opposite.

“We want him back as soon as possible. But at the same time, we have to go forward and we have done that because of the quality and skills that we have.”

Main Photo: Sergio Aguero has only played 31 minutes since 24 October