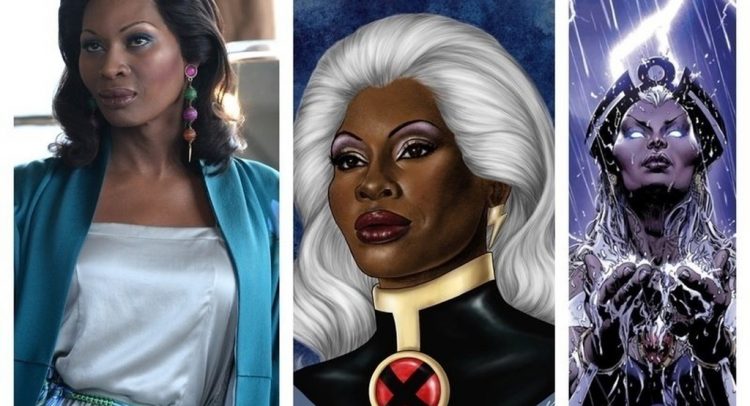 Marvel fans are petitioning the franchise to hire Tobagonian transgender actress Dominique Jackson as the next Storm in Black Panther 2.

Over 3000 people have signed the petition to cast the Pose actress and model in the role to add diversity to the film.

“With the recent merger between 20th Century Fox and Disney, the ‘X-Men’ franchise could be rebooted with new faces that correct Hollywood’s history of racism and transphobia by giving a chance to black Trans actors and actresses,” the petition said.

“If there’s anyone that could fill Storms cape it would be Ms. Jackson. From fleeing persecution as a transgender woman in her home country of Trinidad to being a pioneer and leader for the Ballroom and LGBTQ community, Ms Jacksons knows what it’s like to feel to be an outcast only to find strength in community. Ms Jackson journey has all the makings of a true X-men, compassion, nerve, and leadership.”

The petitioners said that appearing in the Emmy nominated drama “Pose” as Elektra, Jackson knows how to command any scene she walks into while also being able to deliver strong witted monologues off the top of her head just like Storm does before summoning a bolt of lightning.

In response to the petition, Jackson said on her Instagram account that she always looked to Storm as a representation of her true self.

“Just saw this and would like to thank you all for the confidence you have in me and the support you give! It’s not even about if marvel sees this but just knowing that you are valued is what is important and makes us all feel human and respected as a part of community and society! So I implore you, as you uplift and empower me so should you uplift and empower those around you who worry every day if it could be their last. Thank you all 4 making my day I have always looked to Storm as representation of my trueself,” she wrote.

Jackson was born in Tobago and left the island for a better life in the United States after suffering abuse. Her life story is chronicled in her book “The Transsexual From Tobago”.

There has been a lot of debate about who should pay Storm in the next Black Panther film after reports emerged that Beyonce was up for the role.

Among the actresses that fans have suggested to play the role are Chicago Med actress Yaya DaCosta, singer Janelle Monae and actress Tika Sumpter.

Photo: Tobagonian transgender actress Dominique Jackson as the next Storm