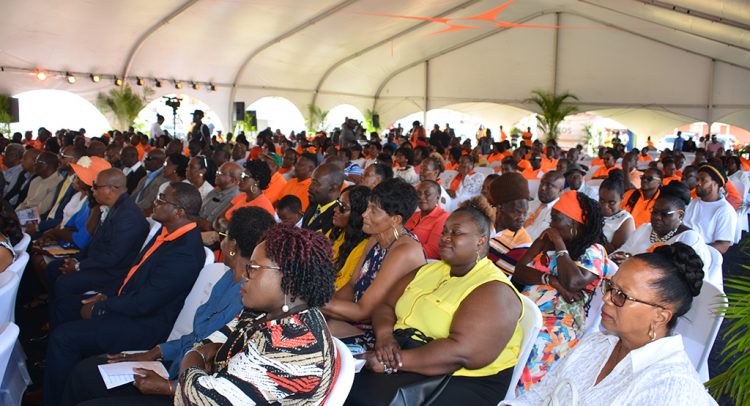 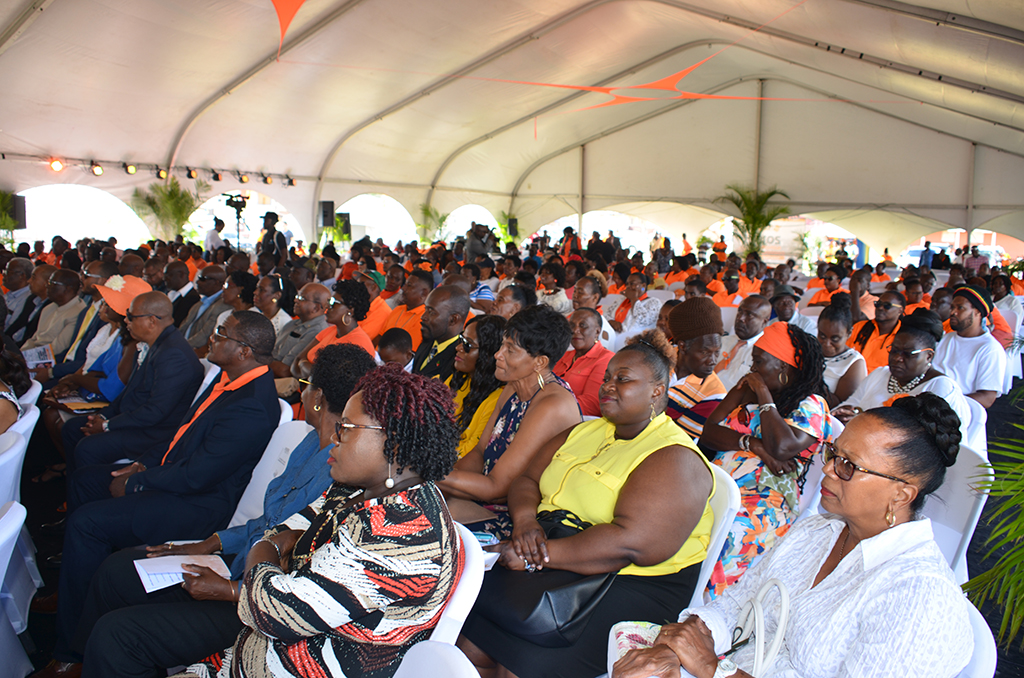 BASSETERRE, St. Kitts, March 25, 2018 (Press Unit in the Office of the Prime Minister) – The Patsy Allers Playing Field was the scene of progress and unity, as more than 700 citizens and residents who support the People’s Labour Party (PLP) gathered for the staging of the party’s second annual convention in West Basseterre on Saturday, March 24.

The People’s Labour Party, one of three political parties that came together to form the historic Team Unity Government – the other two being the People’s Action Movement (PAM) of St. Kitts, and the Nevis-based Concerned Citizens Movement (CCM), was launched in June 2013.

The convention kicked off with a highly spirited public session, featuring musical performances and speeches by PLP chapter members, as well as by the leadership of the three political parties that comprise the Team Unity movement.

During his remarks, Political Leader of the People’s Labour Party and Prime Minister of St. Kitts and Nevis, Dr. the Honourable Timothy Harris, said the PLP is a national party that is grounded with and by the people.

“The People’s Labour Party is not just any Labour Party,” Prime Minister Harris added. “We exist for the people, to represent them and to support their ennoblement, their advancement and their progress. What matters to the people, matters to us – from the simplest of problems to the most formidable of challenges. Our ideology is anchored in people and our philosophy is about people. People are our priority and therefore we put them first. We aim to be the most available, most responsible, most people friendly political organization.”

Dr. Harris reminded party supporters and all those gathered that while the People’s Labour Party is alive and well as an independent organization, it still remains a part of an even stronger Team Unity Movement.

“This means we are not alone. We are a vibrant part of a larger, wider and more people-centred movement designed to bring and preserve our people’s dignity through, commitment to those pillars that create a noble nation.”

Following the public session, members gathered for the private session where the PLP executive was re-elected and other matters relating to the success and overall advancement of the party were discussed and agreed upon.