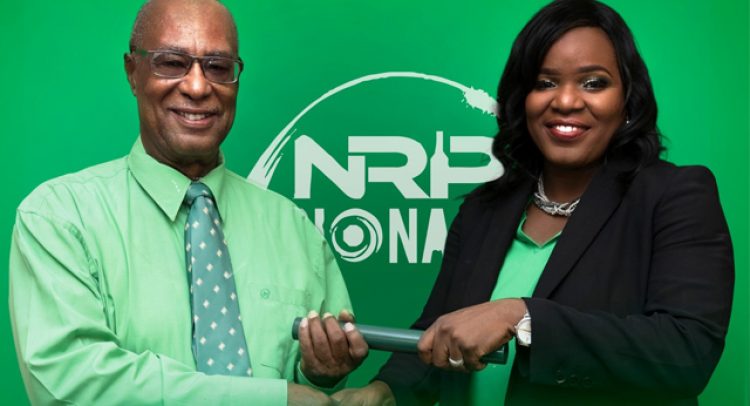 Basseterre, St. Kitts, Thursday, 6th March, 2020, (MyVueNews.com) – Not that the victory was a surprise to anyone, but the margin of success on Thursday, (5th March), for the opposition NRP candidate in the District 5 bi-election in Nevis, was resounding.

After three weeks of campaigning, newcomer, Cleone Stapleton-Simmonds, trashed the candidate for the ruling CCM party, by 323 votes.

This was a much bigger defeat for CCM’s Keith Scarborough, known in the calypso circles as Dis N Dat, who also ran for the seat three years ago, against the now retired Joseph Parry, former leader of the NRP. In the last local election against Parry, Scarborough lost the seat by 259 votes.

It was Parry’s resignation on 31st December, 2019, that prompted the poll, but pundits hardly believed that Scarborough’s failure to score a victory would have been as disappointing as it played out.

When the votes were counted on Thursday night, Stapleton-Simmonds amassed 514, compared to only 191 for her rival, Scarborough.

Simmonds dominated in each of the five boxes that scattered the St. Thomas’s constituency. Scarborough’s highest vote count in any box was 42, (in Jessup’s, Box 1), while Simmonds’ highest individual box count was 119, at each of the two stations in Jessups.

With this victory, the baton to represent St. Thomas’ has been passed, from Parry to Stapleton- Simmonds.

The approach to the election by the NRP was aggressive and it was a poll that they seemed to have taken as a dry run for the National Poll that is due in both St. Kitts and Nevis in coming months.

Then, in two years-time, Simmonds, who would not feature in the Federal poll this year, will however have to face the electorate again in 2022, when the full term comes to an end, for the seat she has just won.

It is not clear though if Scarborough would return in the 2022 contest.

In a Facebook Page posting by the CCM leader and Premier of Nevis, Mark Brantley, before the results were known on Thursday night, he is quoted as saying, “Today, the NRP mobilized like it was a General Election.”

The Premier went on to say, “The CCM on the other hand was cool calm and collective. We placing blows quietly.”

In the end however, it was the NRP that delivered the knockout blows to the CCM in this poll.

The St. Thomas’s constituency has never been won by the CCM and has always been the biggest stronghold of the NRP, dating back to its founding father, and now National Hero and First Premier, Dr. Simeon Daniel, through to Joseph Parry, who was handed the seat, in 1992, by Daniel, and which he held on to, until his December, 31st retirement last year.

Some observers, have criticized the CCM, claiming that it ran a lackluster campaign and appeared complacent.

If they were, it is perhaps because the victory for NRP, does not change the balance of power in Nevis. The ruling CCM continues to enjoy four (4) seats, and NRP, one, (1), which they always had before Parry’s resignation

The young lawyer and now the second female to be elected to the Nevis Island Assembly, will be sworn in, as an Assembly Woman, at the next sitting of the local law-making body.