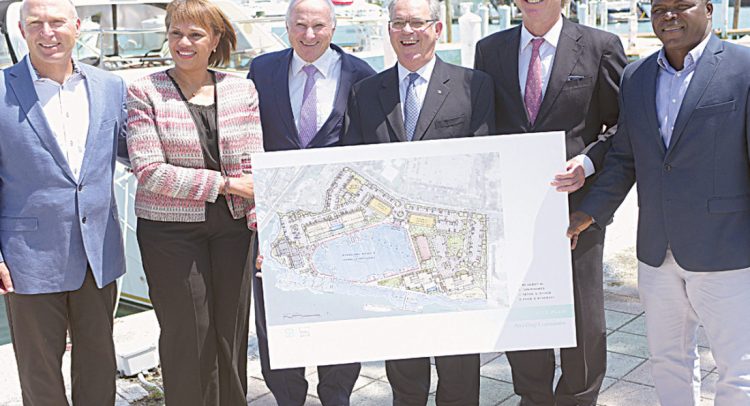 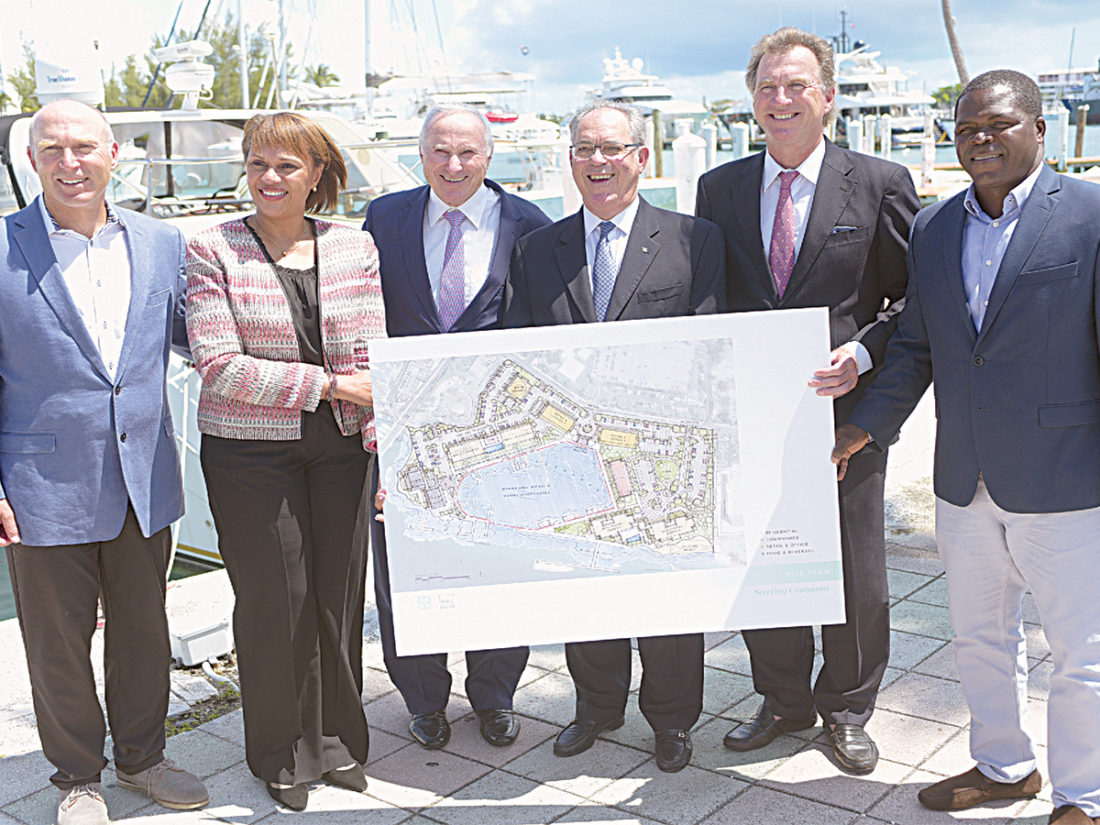 The completion of the sale of the marina was announced two months ago after the property had been up for sale for several years.

The property is expected to include condo and retail offerings.

According to Sterling, the project, called Sterling Hurricane Hole, will be developed in three phases over a five- to seven-year period.

Sterling expects the economic benefits of the property to include one-time government revenues of $31 million and annual revenues of $3.63 million, “according to our calculations”, President of Sterling Global Developments Limited and Project Manager Bill Green said yesterday at the unveiling of the plan for the 13-acre development.

Green said the area where Sterling Hurricane Hole is being developed has been a property set aside for a number of years. He said he sees the Sterling project as a revitalization of the area just north of the current Hurricane Hole Marina.

According to Sterling, the project will create a niche living space which includes parks, condos, restaurants, a grocer and a marina.

Minister of Financial Services, Trade and Immigration Brent Symonette expressed his pleasure with the development yesterday, and is elated at the prospect of more waterfront restaurant options, which he said New Providence lacks, despite its proximity to the ocean.

President of Sterling Hurricane Hole David Kosoy said Paradise Island is a unique place to introduce “this already well-branded environment”, which will increase the island’s desirability.

“Our vision will create a world-class destination for those who want to enjoy the experience, whether they are docking at the renovated Hurricane Hole Marina, living in one of the residences overlooking the yachts and harbor or strolling through Sterling Commons, dining al fresco at a fine restaurant or shopping at one of the boutiques.”

Residences of Sterling Hurricane Hole will also have the special privilege of being a part of Ocean Club’s membership and have access to the island’s golf course.

Green said when the build-out of Sterling Hurricane Hole is complete, the property will employ about 500 individuals working in shops, restaurants, administration and management.

The company is looking to construct 160 condo units which will start around $500,000. It also hopes to increase the size of the marina by about 20 percent to accommodate more vessels.

Sterling Hurricane Hole is expected to absorb the nine persons employed by Atlantis at the marina. Hurricane Hole Marina, in its current state, is a 90-slip, 13-acre property, one of the few remaining premier properties on Paradise Island.

Sterling Global is an international financial services company with nearly US$10 billion under administration and management. It is known for developing high-end properties, such as the Thirty Six luxury condo development on Paradise Island.

Hurricane Hole Marina has been ripe for development since it was under the ownership of Kerzner International, former owner of Atlantis and the One and Only Ocean Club. However, when development was being eyed by the company, economic conditions deteriorated and plans were put on hold.

Brookfield Management then acquired the property when it took possession of Kerzner’s Paradise Island assets.

Sterling Global Financial has also developed, or is in the process of developing the Beach House Villas, also on Paradise Island; Courtyard by Marriott, in downtown Nassau; and Ocean Terraces on West Bay Street.

It is also considering major Family Island developments on Matt Lowe’s Cay, Abaco, and at Sky Beach, Eleuthera, according to the press release.

It has funded projects in Ireland and London and recently funded a share of the land acquisition for a major redevelopment of an iconic neighborhood in South Boston.

No love for Buju in T&T