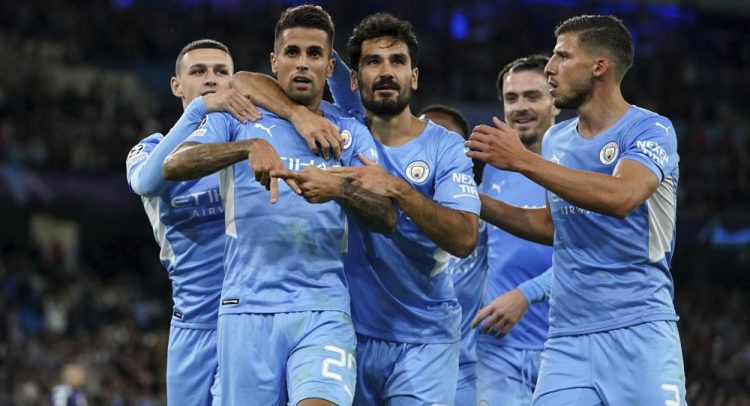 A look at what’s happening in European soccer on Saturday:

Manchester City has scored at least five goals in each of its last four home games in all competitions. Next in the firing line at Etihad Stadium is Southampton as City goes for a fourth straight win in the Premier League, having beaten Norwich and Arsenal 5-0 and then Leicester 1-0 after opening with a 1-0 loss at Tottenham. City also beat Leipzig 6-3 in the Champions League on Wednesday. Liverpool and Everton are unbeaten and both on 10 points ahead of games against Crystal Palace and Aston Villa, respectively, while Arsenal looks to follow up its first win in the league — against Norwich last weekend — by defeating Burnley away. Norwich, the only team without a point so far, hosts fellow promoted team Watford.

Antoine Griezmann will face Atlético Madrid fans again three days after being jeered by them in the team’s 0-0 draw against Porto in the Champions League. The boos drowned out applause at the Wanda Metropolitano Stadium, where the defending Spanish champions will host Athletic Bilbao in the Spanish league. Many Atlético fans were not happy with how Griezmann left for rival Barcelona two seasons ago after a long stint with the club. Atlético has won only two of its last five league games against Bilbao, which is coming off two straight league wins without conceding. It hasn’t won three in a row without conceding since 2015.

Defending champion Inter Milan hosts Bologna as it attempts to bounce back from two frustrating performances. The Nerazzurri were held to a draw at Sampdoria last weekend then lost to Real Madrid in the Champions League midweek. Also, Atalanta will be looking to boost its title challenge when it visits promoted Salernitana, which has conceded 11 goals in three matches. Fiorentina looks to make it three wins in four games when it visits Genoa.

Bayern Munich can continue its unbeaten start to life under new coach Julian Nagelsmann with a game at home to promoted Bochum. A win would put Bayern top of the Bundesliga ahead of early leader Wolfsburg, which doesn’t play until Sunday. Leipzig coach Jesse Marsch has demanded improvements after following up last week’s 4-1 loss to Bayern with a 6-3 loss at Manchester City in the Champions League. His team now takes on Cologne. Mainz hosts Freiburg in a meeting of two teams with surprisingly strong early-season form, and Borussia Mönchengladbach visits struggling Augsburg. Arminia Bielefeld plays Hoffenheim.

The pressure is starting to grow on Lille coach Jocelyn Gourvennec heading into the defending champion’s game at fifth-place Lens. Lille beat Paris Saint-Germain to win the title last season, but inspirational coach Christophe Galtier left to join Nice and was replaced by the relatively inexperienced Gourvennec. Lille has won once in six games in all competitions and has gone from the league’s best defense last season to the second worst, with 11 goals conceded in just five games. The day’s other match features two winless sides as 19th-placed Saint-Etienne faces last-placed Bordeaux.