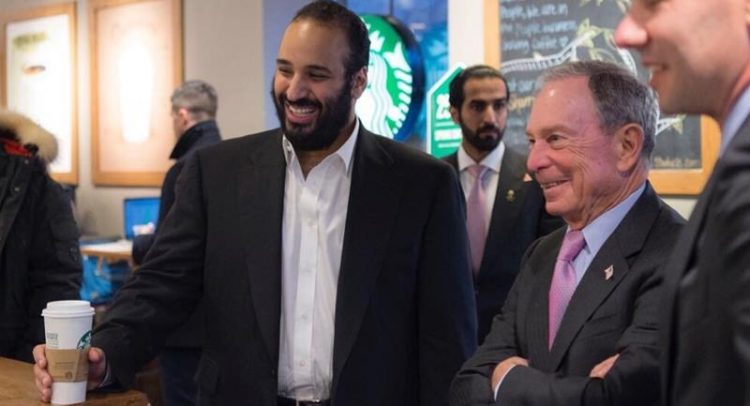 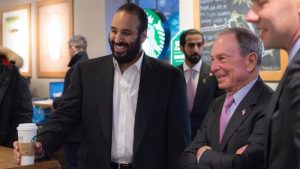 Mohammed bin Salman, the crown prince of Saudi Arabia, known as MBS, has met leaders from a number of right-wing Jewish organisations during his tour of the United States.

The groups, which have donated millions to illegal settlement building and the fight against BDS (the Boycott, Divestment and Sanctions) movement, include officials from AIPAC, Stand Up for Israel (ADL) and the Jewish Federations of North America (JFNA).

According to a leaked copy of his itinerary, Haaretz reported that MBS also met with leaders from the Conference of Presidents, B’nai B’rith and the American Jewish Committee (AJC).

AIPAC, ADL and the JFNA have long targeted BDS, a non-violent movement that seeks to economically pressure Israel into providing equal rights and a right of return to Palestinians.

Some of the pro-Israel US groups have spent millions in lobbying for the Combating BDS Act, a bill that seeks to stifle BDS.

JFNA supports a number of settlements over the Green Line (the border separating pre-1967 Israel from the Occupied Palestinian Territories), and helps families of Jews suspected or convicted of violence against Palestinians.

While Saudi Arabia does not officially recognise Israel, analysts have repeatedly said the overtures by MBS overtures signal a warming of ties between the two countries.

Mahjoob Zweiri, the director of the Gulf Studies Programme at Qatar University, said the MBS visit was “a PR campaign aimed to represent a new face of the kingdom to the US, one that was flexible and willing to change”.

“There was an old understanding from Arab leaders that the gates for Washington, DC are guarded by pro-Israeli leaders. This includes business leaders, groups such as AIPAC and others linked to Israel,” Zweiri told Al Jazeera.

“MBS is following that trend, he’s trying to court the US and show them that he supports their plan for Israel-Palestine and their decision to move the US embassy to Jerusalem.

“Another dimension is that when Republicans are in power, it’s widely believed they have closer ties to Israel and the Israeli agenda.

“US President Donald Trump’s ‘deal of the century,’ which recognises Jerusalem as the capital of Israel, could also see a normalising of relations between Saudi Arabia and Israel, and force the Palestinians to agree to Israeli demands.”

He is expected to meet Oprah Winfrey, a media mogul and major opinion-maker in the US in the coming days.