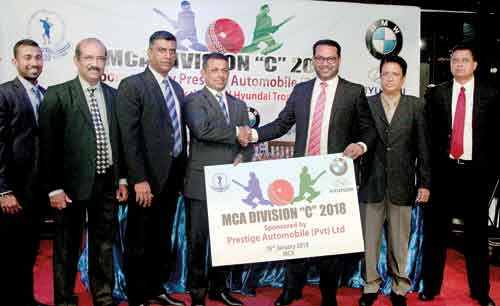 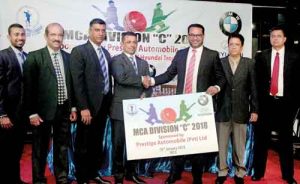 The MCA ‘C’ Division 50-Over League Tournament 2018 will see 14 teams, including 8 newcomers, battle for the 7th prestigious ‘BMC-Hyundai’ Trophy commencing this weekend.

With the intent of improving the standard of Cricket in the ‘C’ Division, the MCA Tournament Committee headed by Tharindra Kaluperuma acceded to requests of the 8 new teams to take part in the tournament.

Talented players and players in the Premier League had appealed to play in the higher Division.

It is a good move by the MCA to make the championship more competitive with the 8 newcomers from the Finance sector.

It is also understood that the Tournament Committee has ruled that only two 1st Class Club players per team from the Division ‘G’ downwards.

The Division ‘C’ competition has improved by falling in line with the MCA Premier League.

Firstly it moved from matting to turf, the ODI licence, coloured clothing, white ball and other requirements of a 50-Over match.

At the completion of the 42 League matches, the first four teams of each Group in the table of points, will advance to the elimination stage – Quarter-finals, Semi-finals and the Final (7 Matches).

The quarterfinals are simultaneously scheduled for March 3, the semis on March10 and the final on March17 at the MCA grounds.

The ‘BMW-Hyundai’ special awards on offer are for Best Batsman, Best Bowler, Player of the Series and Man of the Final.

The Sponsorship handover ceremony and the Media Conference was held last Wednesday (10) at the ‘Pitch’ MCA Fine Dining Restaurant.

For the first time, the draw was electronically conducted and the 14 teams slotted into 2 groups as follows:

The tournament will be conducted in 2 Stages – the ‘League’, consisting 42 matches and the ‘Knockout’ consisting of 7 matches, making a total of 49 matches

General elections to be held in Grenada on March 13