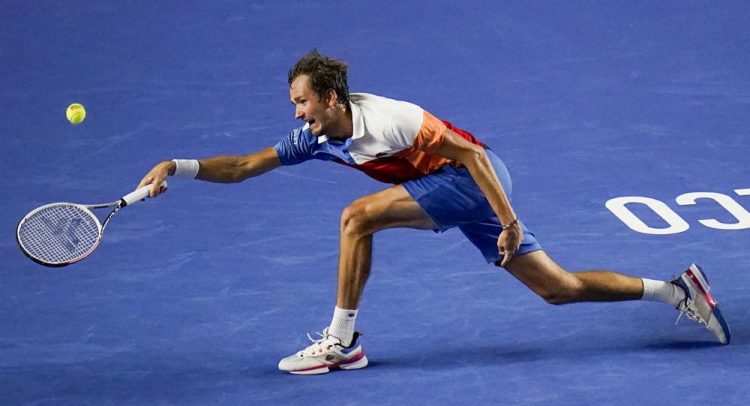 Daniil Medvedev officially moved up to No. 1 in the ATP rankings on Monday, overtaking Novak Djokovic to become the 27th man to hold the top spot since computerized rankings began in 1973.

Medvedev, a 26-year-old from Russia who won last year’s U.S. Open and was the runner-up at this year’s Australian Open, rose from No. 2.

Djokovic slid down one place after having participated in only one tournament in 2022 because he has not been vaccinated against COVID-19. He was deported from Australia and not allowed to try to defend his title at Melbourne Park because he is not inoculated — and has said he won’t get the shots, even if he needs them to be able to play elsewhere, such as the French Open or Wimbledon.

Medvedev is the first player other than Djokovic, Roger Federer, Rafael Nadal or Andy Murray to get to No. 1 since February 2004, when Andy Roddick was there.

Medvedev is also the first new No. 1 since Murray in November 2016 and the third Russian man to lead the rankings, following Yevgeny Kafelnikov and Marat Safin.

Djokovic’s most recent stay atop the rankings started in Feb. 3, 2020, and his total of 361 weeks there are the most for any man since the tour’s computerized rankings began in 1973.

“It’s great for tennis, I think, to have somebody new at world No. 1 again,” Jiri Vesely said after his victory over Djokovic in the quarterfinals of the Dubai Championships on Thursday guaranteed there would be a change this week. “Tennis needs, of course, new No. 1s. A new generation is coming up. I think it’s just great.”

The 6-foot-6 (1.98-meter) Medvedev plays a shifting, unusual brand of tennis, using his long limbs to help get to potential winners off opponents’ rackets while displaying a willingness to alter his tactics during the course of a match.

Medvedev’s 13 career tour-level titles include four at Masters 1000 events and the season-ending ATP Finals in 2020.

Alexander Zverev remained at No. 3 after getting kicked out of the Mexico Open for a violent outburst directed at a chair umpire, while Nadal rose one place to No. 4 by winning the title there — and beating Medvedev along the way — to improve to 15-0 this season.

There was movement in the Top 10 of the WTA rankings, too, with 2021 French Open champion Barbora Krejcikova rising one spot to a career-high No. 2 behind No. 1 Ash Barty.

Aryna Sabalenka dropped down to No. 3, followed by new No. 4 Iga Swiatek, the 2020 French Open champion, who moved up four places to equal her career best.

Anett Kontaveit rose from No. 7 to her personal best of No. 5.