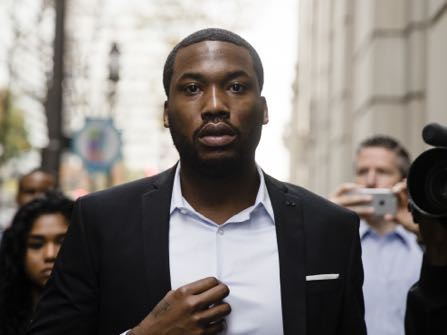 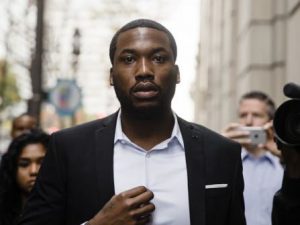 Meek Mill is hoping Pennsylvania’s Supreme Court will remove the controversial judge in his probation violation case, as well as the charge itself.blackamericaweb.com:

According to court documents filed Tuesday (March 20) in Pennsylvania and obtained by The Blast, Meek’s attorneys claim his “case involves a pattern of judicial (mis)conduct that has prejudiced the rights of a probationer and threatens to undermine the public’s confidence in the integrity of the judicial system.”

The attorneys claim Judge Genece E. Brinkley has repeatedly “exceeded the judicial role by sometimes essentially acting as a prosecutor and, at other times, taking an unusual interest in, and trying to inject herself into, [Meek Mill’s] personal and professional life.”

They also allege that Brinkley — through her personal counsel — has made statements about the case to the media and once threatened to sue Meek’s legal and management team. The docs go on to say that Brinkley has relied on personal knowledge and knowledge obtained outside of the court of Meek’s conduct on probation and used her own memory instead of (and sometimes in disregard of) the actual record.

Meek’s attorneys are seeking his immediate release from jail, a removal of Judge Brinkley and her probation violation ruling vacated.

‘Black Panther’ is the most tweeted-about movie of all time