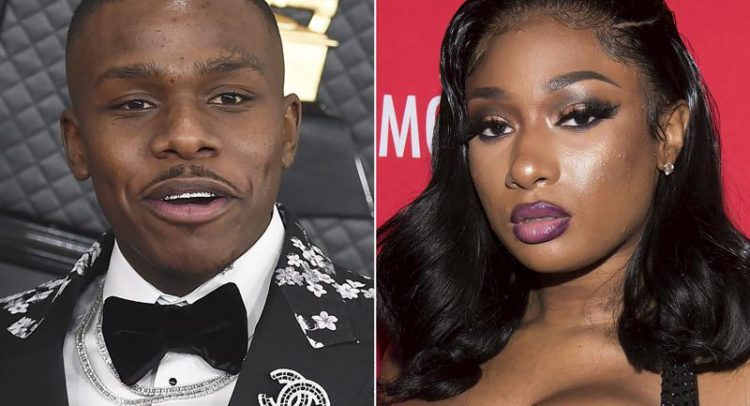 NEW YORK (AP) — Megan Thee Stallion and DaBaby are the prom queen and king of the 2021 BET Awards.

The chart-topping rappers each scored seven nominations at the show airing live on June 27 from the Microsoft Theater in Los Angeles.

Megan Thee Stallion, who won three Grammys this year, is up for best female hip-hop artist, album of the year for “Good News” and video of the year for “WAP,” her No. 1 hit with Cardi B. The “Savage” rapper is also a double nominee for both the viewer’s choice award and best collaboration.

He’s also nominated for best male hip-hop artist, the viewer’s choice award and album of the year for “Blame It on Baby.”

Drake and Cardi B are the second-most nominated acts, scoring five bids each, while four nominations went to Chris Brown, Chloe x Halle, Bruno Mars and Anderson .Paak. All of those acts are nominated for video of the year.

Megan Thee Stallion and DaBaby were two of the big stars at last year’s BET Awards — the first awards show to air during the pandemic. It was a critical success and featured highly produced and well-crafted pre-taped performances, with some centered around the Black experience highlighted by the Black Lives Matter movement, civil rights and the lives of those lost because of police officers, including George Floyd.

This year’s show will allow those who are vaccinated to register to be part of the live audience. The network said it is working closely with Los Angeles County to adhere to COVID-19 protocols.

While press at the awards show will be limited, BET does plan to have a red carpet ahead of the live event.

“We are back and excited to bring culture’s biggest night … safely back to Los Angeles to celebrate this year’s incredible roster of nominees,” Connie Orlando, BET’s executive vice president of specials, music programming and music strategy, said in a statement Thursday. “We broke ground as one of the first official award shows to move forward during the global pandemic and we are ready to take our pioneer status to the next level with the return of an audience to celebrate the best and brightest creative minds in the entertainment industry.”

Other nominees at the show include The Weeknd, up for album of the year and best male pop/R&B artist, and late rapper Pop Smoke, who won five Billboard Music Awards this week and picked up two nominations at the BET Awards, including best male hip-hop artist. His competition includes J. Cole, Drake, Lil Baby, DaBaby and Jack Harlow.

Nicki Minaj was surprisingly shut out of best female hip-hop artist despite launching two No. 1 hits last year with her appearances on 6ix9ine’s “Trollz” and Doja Cat’s “Say So” remix. From 2010 to 2016, Minaj had won the honor for seven consecutive years, and had been a nominee for 11 consecutive years.

The late actor Chadwick Boseman followed his many posthumous awards nominations with one at the BET Awards — he’s nominated for best actor along with recent Oscar winner Daniel Kaluuya, Eddie Murphy, LaKeith Stanfield, Aldis Hodge and Damson Idris. Actor-singers Andra Day and Zendaya are up for best actress, along with Viola Davis, Angela Bassett, Issa Rae and Jurnee Smollett.

DaBaby arrives at the 62nd annual Grammy Awards in Los Angeles on Jan. 26, 2020, left, and Megan Thee Stallion appears at the 5th annual Diamond Ball benefit gala in New York on Sept. 12, 2019. The chart-topping rappers each scored seven nominations at the show airing live on June 27 from the Microsoft Theater in Los Angeles. (AP Photo)