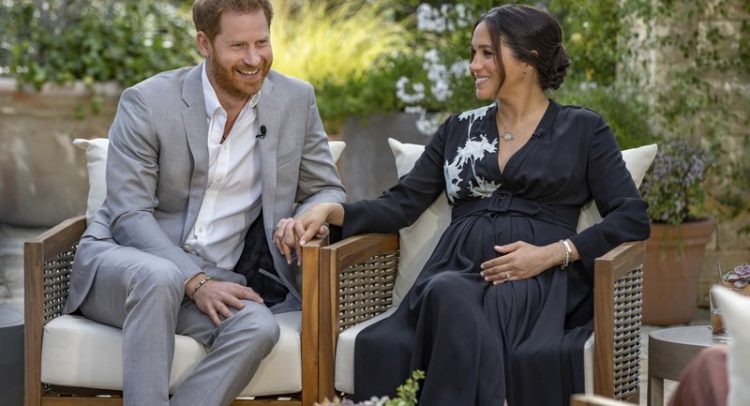 Memorable quotes and major revelations from Oprah Winfrey’s interview with Meghan and Harry, their first since stepping away from royal life:

“I just didn’t want to be alive anymore. And that was very clear and real and frightening.” — Meghan, on the suicidal thoughts she had after joining the royal family.

There were ”concerns and conversations about how dark his skin might be when he’s born.” — Meghan, on the royal reaction to her son Archie.

“I wouldn’t have been able to, because I myself was trapped as well” — Harry, on whether he would have stepped down from his royal duties had he never met Meghan.

“I left my career, my life. I left everything because I love him. Our plan was to do this forever.” — Meghan, on allegations that she schemed from the start to pull Harry from the royal family.

“I think she would feel very angry with how this has played out. And very sad. But ultimately, all she’d ever want is for us to be happy.” — Harry on his late mother, Princess Diana.

“To have a boy and then a girl, what more can you ask for? But now we’ve got our family. We’ve got the four of us and our two dogs.” — Harry, after revealing the couple’s forthcoming second child is a girl.

“It made me cry and it really hurt my feelings. And I thought in the context of everything else that was going on in those days leading to the wedding that it didn’t make sense to not be just doing whatever what everyone else was doing, which was trying to be supportive.” — Meghan, on a dispute with her sister-in-law Princess Kate, which she said the press got exactly backward by reporting she had made Kate cry.

“I’ve never blindsided my grandmother. I have too much respect for her.” — Harry, on whether he failed to prepare Queen Elizabeth II for the news he was stepping down from royal duties.

“The queen has always been wonderful to me.” — Meghan.

“I wasn’t planning to say anything shocking. I’m just telling you what happened.” — Meghan.

This image provided by Harpo Productions shows Prince Harry, left, and Meghan, Duchess of Sussex, speaking about expecting their second child during an interview with Oprah Winfrey. “Oprah with Meghan and Harry: A CBS Primetime Special” airs March 7 as a two-hour exclusive primetime special on the CBS Television Network. (Joe Pugliese/Harpo Productions via AP)