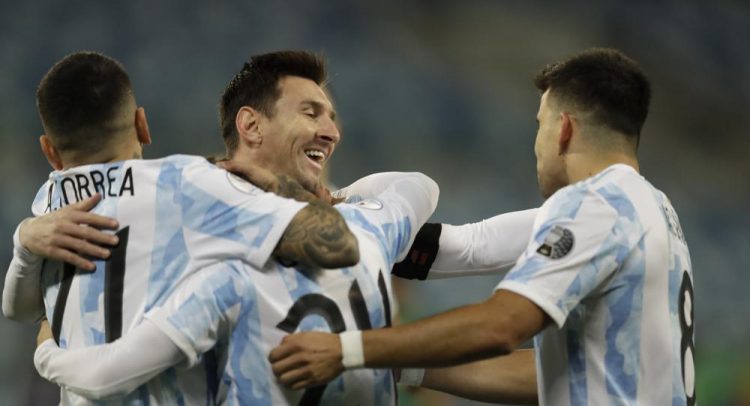 In a match in which he eclipsed Javier Mascherano as Argentina’s most capped player, Messi captained the team and scored two goals and assisted on another in beating Bolivia 4-1.

His 148th appearance for Argentina helped to earn the team Group A honors and a quarterfinal against Ecuador.

Before and during the Copa America, Messi has declined to talk about the end of his contract with Barcelona on Wednesday after 17 years.

His father, Jorge Messi, is negotiating a renewal with the club, while Messi hasn’t wanted to get into whether or not he will stay at Barcelona. Before the tournament, however, he reassured all Argentines that his focus was on winning the Copa America.

“I am always available to my national team,” he said. ”My biggest dream is to win a title with this (Argentina) shirt.

“I was very close many times. It didn’t happen, but I will keep trying. I will always fight for this dream.”

Messi is fighting hard at age 34.

He has some of the best statistics so far at the South American championship.

Messi leads all Copa America scorers with three in four matches. He has two assists, as many as Brazil’s Neymar.

Sports data site SofaScore places him on top in the tournament so far in successful dribbles (21), shots on target (10), total duels won (40), and goals from outside of the box (2).

There was some magic in the long-range goals; a curling free kick in the 1-1 draw with Chile and a perfectly timed lob over Bolivia goalkeeper Carlos Lampe.

The next step is a quarterfinal against Ecuador on Saturday in Goiania.

With a record 75 goals for Argentina, he’s close to two South American records: Pele’s as the top scorer of a national team (77 for Brazil), and Chile’s Sergio Livingstone’s mark of 34 for most Copa America appearances (Messi has 31).