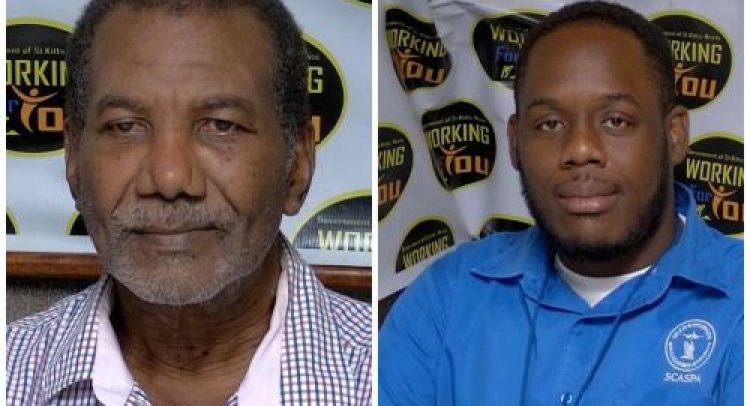 Basseterre, St. Kitts, May 4, 2021 (SKNIS): The Government of St. Kitts and Nevis has made significant enhancements at the St. Kitts Meteorologist (MET) Office to improve its efficiency and accuracy, said officials from the Met Office during the popular radio and television show ‘Working for You’ on April 28.

Former Met Officer, Ray John, who outlined a brief history on the developments at the Met Office said that the office “changed out of necessity.”

“We were taught not just meteorology in a general sense but more aviation meteorology than anything else.”

“And so, it was solely directed towards hourly observations and three-hourly synoptic observations,” he said.

“These are some of the subtle changes that happened over the years and again they have made the Met Office be the more authentic, substantive thing that it is in terms of its role in aviation and in weather forecasting,” said Mr. John.

Senior Met Officer at SCASPA, Elmo Burke said that “When the Met services were established initially, our primary role was aviation meteorology, however, over the years we have evolved and we have now been providing weather information for key sectors whether it be the disaster fraternity, the general public, agriculture, health, water, and tourism.”

He also stated that the Met Office has evolved where they invested quite heavily in infrastructure upgrades as well as staff capacity developments.

“Over the years prior to my coming into the Met Services, I know we would have had one forecaster, since then we are now at three current forecasters,” said Mr. Burke.

“Two of us have our bachelors, so we are full meteorologists and one of the officers is now undergoing forecasting and so you find that we are really investing heavily in terms of human capacity,” Mr. Burke added.