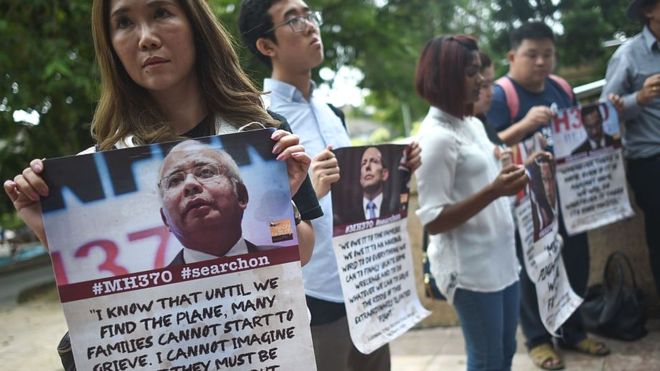 MH370: Why families oppose plans for a memorial 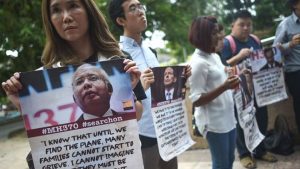 On Thursday it will be four years since Malaysia Airlines flight MH370 disappeared. With the mystery still unsolved, some relatives of passengers have criticised plans for a memorial in Australia.

The memorial is scheduled to be completed in Perth, on the west coast, by September.

According to the Australian government, the site will honour the 239 people on board when the plane went missing in 2014. It is also designed to recognise Australia’s role in the failed recovery mission.

However, some relatives have condemned the idea of a memorial when the plane has not been found.

They also fear it could become a tourist attraction – or a curse – and argue they should have been better consulted.

A proposal for an Australian-based tribute was first floated in 2014, but it was not authorised by the government until last year.

Australian Danica Weeks, whose husband Paul was on the flight, said she was blindsided by a recent email that said the memorial’s design was up for tender.

“No-one was consulted. It’s absolutely ridiculous,” she said. “We haven’t found the plane yet, so why are we having a memorial?”

For her, the memorial represents Australian authorities “closing the chapter” on the missing flight, even as a privately funded search continues.

“They’re just doing it for their own benefit,” she told the BBC. “I hate to say it, but it’s just obviously a tourist attraction.”

Jeanette Maguire, the daughter of Cathy and Bob Lawton, said she appreciated the gesture but it was ill-advised.

“There’s no point in having a memorial when we can’t get past ‘where are they?'” she said.

“We want you to spend the time and effort on actually finding them.”

Both families said they had received little information on what the memorial might look like, or include.

Authorities have said it will be built in a central, easily accessible island on the Swan River in Perth. The city was the base for the official search by Australia, Malaysia and China in the southern Indian Ocean.

More than two-thirds of those on board were from China, which lies more than 5,000km (3,100 miles) from Perth.

Jiang Hui, whose mother Jiang Cuiyun was on board, said he believed that distance would prevent Chinese families from visiting the site.

But Mr Jiang said he was also most angered by a memorial pre-dating the discovery of the plane.

“In the eyes of the Chinese, a monument can only be erected after it is confirmed that person is dead,” said Mr Jiang, who acts as a representative for several Chinese MH370 families.

“Maybe you don’t understand Asian people’s customs. If you haven’t found the people, the monument is like putting a curse on them.”

He also accused Australian Prime Minister Malcolm Turnbull of keeping Chinese families in the dark. He said Chinese relatives only found out about the memorial from media reports.

Chinese families wrote an open letter to the Australian government in January, calling for the project to be cancelled, and asking to be consulted on future plans. They have not received a response.

The state government of Western Australia (WA), which is funding half of the project, said it had raised relatives’ concerns with Canberra.

“The WA Government understands the sensitivities, and expected consultation with families of those missing to be very thorough,” a spokesman said.

Design interest
A public tender for the A$126,000 (£70,000; $98,000) memorial, which closed on 31 January, attracted many submissions from local and international artists, the state government said.

Artists were asked to design a site that helps “reflect upon personal loss while engendering a sense of peace”. The tender noted the island site was carefully selected because “the connection with the water is significant”.

The tender also said designs should respect “Chinese cultural sensitivities”. It advised that MH370 passengers should be referred to as “those lost” rather than “those who died”, and not include a list of names.

The successful design is expected to be revealed in April and be built by September.