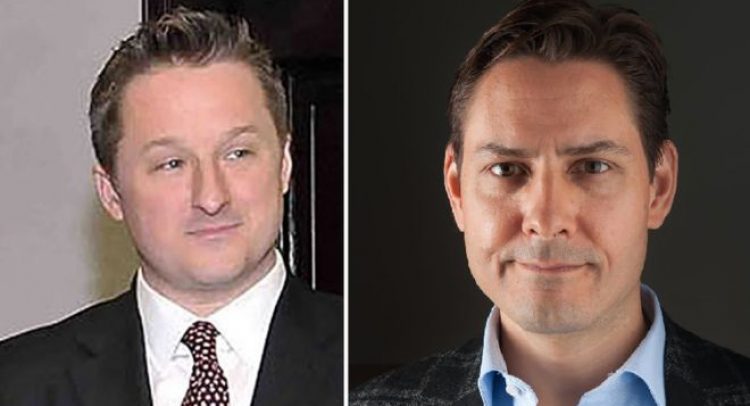 China has charged two Canadians with spying, more than 18 months after they were detained.

Michael Kovrig, a former diplomat, and Michael Spavor, a businessman, have been held in China since December 2018.

Their arrests came just days after Meng Wanzhou – an executive of the Chinese giant Huawei – was detained in Vancouver, at the request of the US.

Canada called the arrests “arbitrary”, but China denies they were retaliation for Ms Meng’s detention.

Both men have been charged with “spying on national secrets” and providing intelligence for “outside entities”.

China’s court system is completely controlled by the Communist Party and has an almost 100% conviction rate once defendants are charged, notes the BBC’s Stephen McDonell in Beijing.

What is the timeline?
Meng Wanzhou – the chief financial officer of Huawei, and daughter of the company’s founder – was arrested on 1 December 2018 in Vancouver.

Her arrest was requested by the US, who accuse her of breaking Iranian sanctions. She is still fighting extradition to the US.

On 10 December, the Canadians were detained in China. They were formally arrested in May 2019, after which they had 13-and-a-half months to be charged.

How have they been treated?
Michael Kovrig’s employer, the Crisis Group think tank, says on its website that he has not seen a lawyer or his family since the detention, and that he only has “periodic consular visits”.

“He has attended numerous conferences at the invitation of Chinese organisations. He frequently appears on Chinese television and in other media to comment on regional issues.

“Nothing Michael does has harmed China.”

The Free Michael Spavor website, updated earlier this year, said he was “behind bars, without his family, and without access to lawyers”.

“Michael is an earnest, genuine, and impossibly fun person, who we believe has been detained in error,” the website says.

In April 2019, it was reported that both men were being interrogated for between six to eight hours a day, and were sometimes subject to 24-hour artificial lighting.

The Chinese government says the men are in “good health”.

What is the latest with Meng Wanzhou?
Last month, a Canadian court ruled that her case could go forward.

A judge found the case met the threshold of double criminality – meaning the charges would be crimes in both the US and Canada.

Her lead defence lawyer, Richard Peck, argued that Canada was effectively being asked “to enforce US sanctions”.

A year after her arrest, Ms Weng released an open letter, detailing her life in detention at her home in Vancouver.

“Over the past year, I have learned to face up to and accept my situation,” she said. “I’m no longer afraid of the unknown.”

She also said she finally had time to “read a book cover to cover,” or “carefully complete an oil painting”.

Photo: Michael Spavor (L) and Michael Kovrig have been held since December 2018