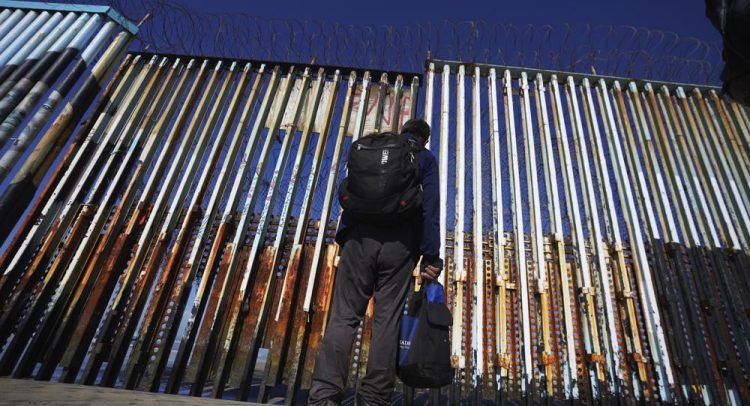 WASHINGTON (AP) — U.S. authorities said Monday that they stopped migrants more than 234,000 times in April, one of the highest marks in decades as the Biden administration prepares to lift pandemic-era restrictions on claiming asylum.

U.S. Customs and Border Protection officials made 234,088 stops on the Mexican border last month, a 5.8% increase from 221,303 in March, according to a Justice Department filing in a lawsuit filed by Texas and Missouri.

The April total would have been lower without more than 23,000 people — many of them Ukrainian refugees admitted on humanitarian parole — who went through a San Diego border crossing. The number of Ukrainians has dropped sharply since April 25, when the administration began directing those fleeing Russia’s invasion to U.S. airports from Europe, instead of through Mexico.

On May 23, the U.S. Centers for Disease Control and Prevention plans to end restrictions that have prevented migrants from seeking asylum under U.S. law and international treaty on grounds of preventing the spread of COVID-19. Migrants have been expelled more than 1.9 million times since March 2020 under Title 42 authority, named for a 1944 public health law.

A federal judge in Louisiana is expected to rule in favor of 24 states seeking to keep Title 42 in effect while litigation proceeds. U.S. District Judge Robert Summerhays, who was appointed by President Donald Trump, has said he will rule before May 23.

Even if the judge allows Title 42 to end, Congress may try to keep it alive in an alliance between Republicans and some Democrats who worry that a widely anticipated increase in illegal crossings will put them on the defensive in an already difficult midterm election year.

FILE – A migrant waits of the Mexican side of the border after United States Customs and Border Protection officers detained a couple of migrants crossing the US-Mexico border on the beach, in Tijuana, Mexico, Jan. 26, 2022. About 3 in 10 also worry that more immigration can cause native-born Americans to lose their economic, political and cultural influence, according to a poll by The Associated Press-NORC Center for Public Affairs Research. (AP Photo/Marco Ugarte, File)