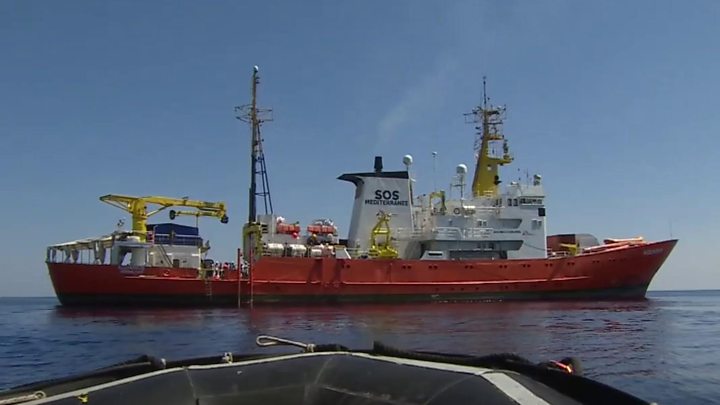 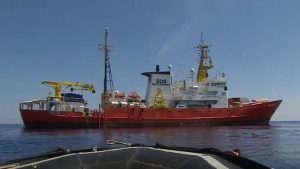 Secure centres for migrants may be set up in EU states to process asylum claims under a deal reached after marathon talks at a summit in Brussels.

The controlled centres would be set up by EU states on a voluntary basis and migrants whose claims were rejected would be “returned”.

Refugees could be resettled in EU states which agreed to take them.

The deal follows weeks of diplomatic wrangling over migrant rescue ships, and which country should take them in.

Coastguard officials said on Friday that around 100 people were thought to have drowned off the Libyan coast, with 14 rescued.

They were found in waters to the east of the capital, Tripoli.

Where would the centres be built?

There were no details on which countries might set up the secure centres or take in refugees, but French President Emmanuel Macron said the centres would be in countries where migrants first arrived in the EU.

“We have struck the right balance between responsibility and solidarity,” he said.

The numbers illegally entering the EU have dropped 96% since their 2015 peak, the European Council says.

Italy – the entry point for thousands of migrants, mainly from Africa – had threatened to veto the summit’s entire agenda if it did not receive help.