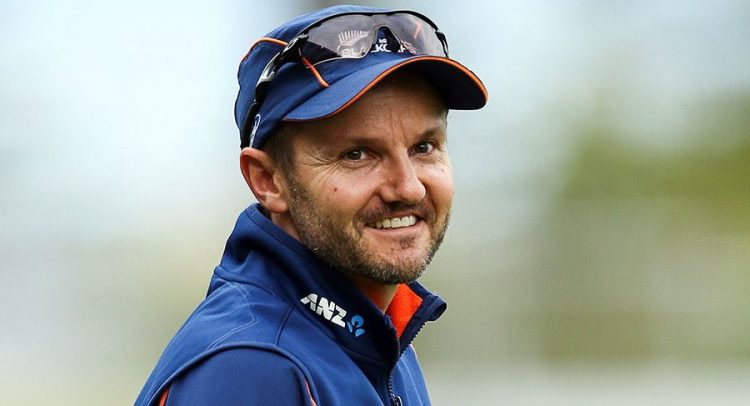 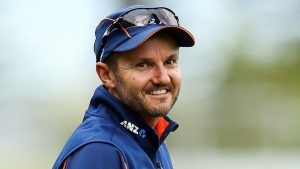 New Zealand coach Mike Hesson has said that Eden Park, the ground at which Australia mounted a record T20 chase of 244, is a “great cricket venue” and that games held there were not just run-fests. He also emphasised the importance of the Auckland venue for New Zealand cricket, with Eden Park receiving one of the higher footfalls in the country.

“I think you’ve just got to look at history haven’t you, and how many great games of cricket we’ve had at Eden Park,” Hesson said after New Zealand qualified for the final of the Trans-Tasman T20 tournament. “Not all of them have been 244 in a T20. We’ve had that many different games here – a couple of Chappell-Hadlee games in recent times, the World Cup where the Black Caps only just got home chasing 152 in a one-day international. Every game’s different. It’s a great cricket venue.”

Trevor Bayliss, the England coach, had called for T20 internationals to be struck off, save for “maybe six months” before a World T20. “Look, I haven’t changed my opinion on it. I wouldn’t play T20 internationals,” Bayliss had told Sky Sports. “I’d just let the franchises play. If we continue putting on so many games there’ll be a certain amount of blowout, not just players but coaches as well.”

Hesson, however, disagreed with Bayliss, and said there was a “revenue-generation issue” that couldn’t be discounted in the context of New Zealand cricket. “In some countries that’s not as big a deal, but for New Zealand Cricket, to get 35,000 at Eden Park or whatever it was the other day, that’s huge for us, and huge for the game, and huge for the promotion of the game,” he said. “We certainly get great support for T20 internationals over here. Too right they are [meaningful]. Every international you play is incredibly meaningful. You’ve got guys who only play T20 and that’s their chance to play international cricket, so absolutely.”

Looking ahead to the tri-series final at Eden Park on Wednesday, Hesson said Australia were favourites after winning all four of their league games. The match will be played on the same pitch on which Australia chased 244 against New Zealand on Friday.

“Sometimes when you’re under pressure like that, you do end up chasing the game,” Hesson said. “A big part of T20 cricket is trying to be ahead of it, and that’s easier said than done when you’ve got such good ball strikers on a good surface. We’re going to come up with a couple of different things and see how that works.”