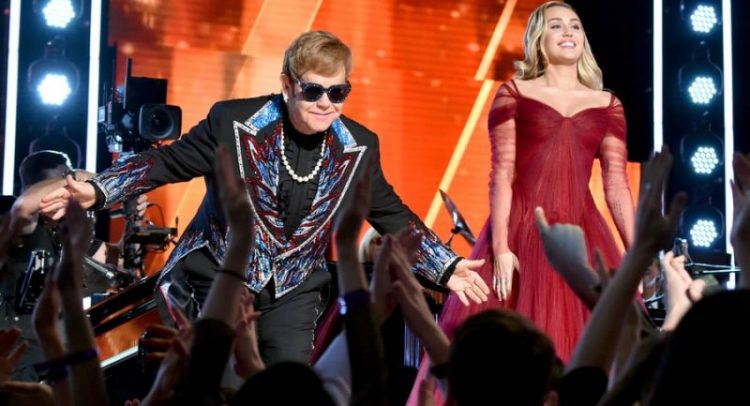 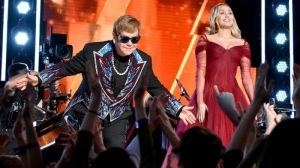 High-powered stars from pop (Miley Cyrus), R&B (Mary J. Blige), country (Miranda Lambert) and rock (the Killers) will take part in a two-volume tribute album for Elton Johnand Bernie Taupin. Revamp and Restoration are due out on April 6th.

“It’s always a huge compliment when an artist loves your song enough to take the time and effort to rework it,” Elton John said in a statement. “As songwriters, Bernie and myself are thrilled when singers we admire and respect as much as those on Revamp and Restoration choose to add their own unique twist in the process. It means that our music is still relevant and ultimately that our songs continue to reach new audiences.”

That eclecticism gives John and Taupin a chance to remind listeners of their musical range. “From day one we borrowed from everything that’s good about American music – whether it’s blues, country, gospel, pop, pure rock – everything got thrown in the mix,” Taupin noted. “… It would be tiring if you just got stuck in one niche your entire career, especially when it’s one as long as ours.”

That long career is now beginning to wind down: In January, John announced that he planned to retire from the road. Before he does so, he will embark on one massive final tour. He’ll start performing at arenas around North America in September.