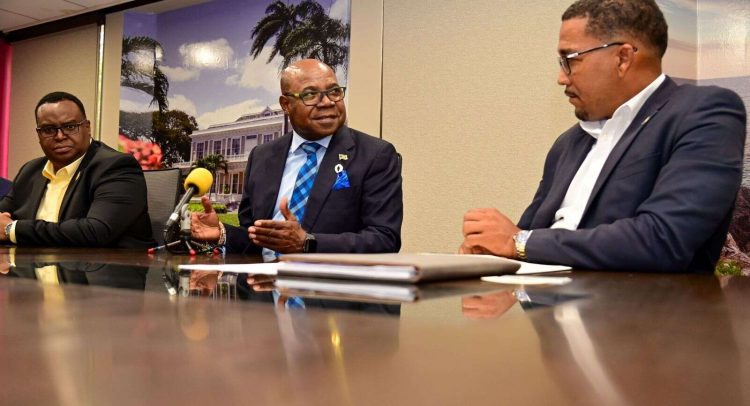 KINGSTON, Jamaica – Minister of Tourism Edmund Bartlett is again calling for the implementation of a Caribbean visa regime that will allow for ease of movement within the region for tourist purposes.

In a release on Wednesday, Bartlett said: “we are going to have to decide if we are going to create freedom of movement within the Caribbean, and in doing so, are we going to establish a special visa regime that enables touristic travel within our space?”

The Minister, who was addressing a special meeting with a delegation from the Cayman Islands on Wednesday, August 10, went on to share that a special visa regime was not something out of the territory’s reach as the Cricket World Cup in 2007 allowed for the establishment of a Caricom visa that “allowed for the players and the visitors from all across the cricketing world to be able to attend.”

“I think we could fine-tune that,” Bartlett added, noting that other regions have put measures in place to allow for ease of travel, such as Europe, with the Schengen Visa.

“So, we can have a Caribbean visa that will enable movement within the Caribbean… not for immigration purposes and migration. We are not about increasing your population; we are not about bringing in people to live in their country and then to compete for the resources. We are talking about adding value; bringing visitors who consume… and they leave, in the wake of that, billions of dollars,” he pointed out.

Minister Bartlett also addressed the issue of border protocols and pre-clearance arrangements for visitors coming into the region.

“How do we ensure that we can have pre-clearance arrangements in some places…how do we make our space domestic so that if you land in Jamaica and you clear customs and immigration for tourist purposes within the framework of multi-destinations, you are domestic to Trinidad, to Cayman, Antigua, to Turks and Caicos… as the case might be,” he pointed out.

Bartlett also raised the subject of having a single airline charge, “so the airlines don’t have to pay for each access in everybody’s airspace.”

Meanwhile, the Tourism Minister said Jamaica has signed four Memoranda of Understanding (MOUs) for multi-destination arrangements with Cuba, the Dominican Republic, Panama, and Mexico. He said that Jamaica is ready to work with the Cayman Islands to put a similar agreement in place.

For his part, Cayman Island’s Deputy Premier, Minister for Finance and Economic Development and Minister for Border Control and Labour, Christopher Saunders, said, “we are excited and re-energised in terms of working very closely to see exactly what we can do and how we can build mutual interest together”.