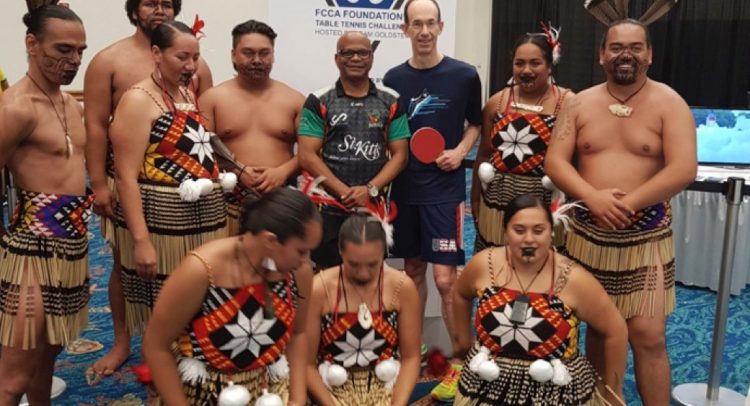 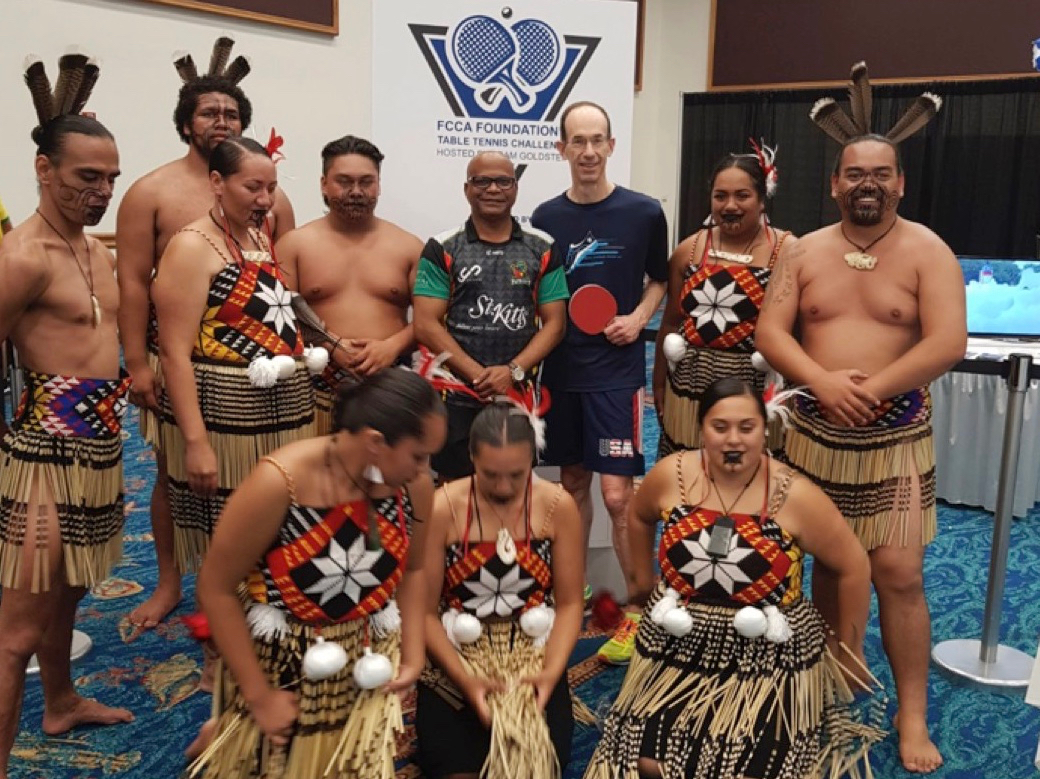 The table tennis challenge took place on Wednesday during Seatrade Global Conference 2018,  in Fort Lauderdale. Adam Goldstein, Chairman of the FCCA, competed against the gold sponsors of the challenge, concluding with the main match against Minister Grant.

This is the second time Minister Grant has participated in the event, having beaten an undefeated Goldstein, at a FCCA conference in San Juan in 2016.

This time around an extremely focused Goldstein, who is also the Chief Operating Officer of the Royal Caribbean Cruises Ltd, defeated the Minister in the table tennis challenge.

“It was a pleasure to participate in an event that continues to raise funds for the FCCA Charity Foundation of which St. Kitts is a beneficiary,” Minister Grant said. “Every December the FCCA Holiday Giveaway Project donates hundreds of toys to our children on island who are less than fortunate.”

Minister Grant thanked the FCCA for their continued support of the Caribbean community. St. Kitts Tourism Authority sponsored the table tennis event at a platinum level, which was hosted in an effort to raise money for the FCCA Charity Foundation.

The FCCA Foundation for the Caribbean provides a tangible mechanism for the cruise industry to fund humanitarian causes and help to improve the lives of the Caribbean people most in need. Every year during the holiday season, St. Kitts receives more than 150 gifts from the FCCA charity.

The gifts are distributed to underprivileged children in a special event hosted by the Ministry of Tourism and the St Kitts Tourism Authority, and with a special appearance by Santa Clause.

New Public Cemetery to be Constructed in St. Kitts