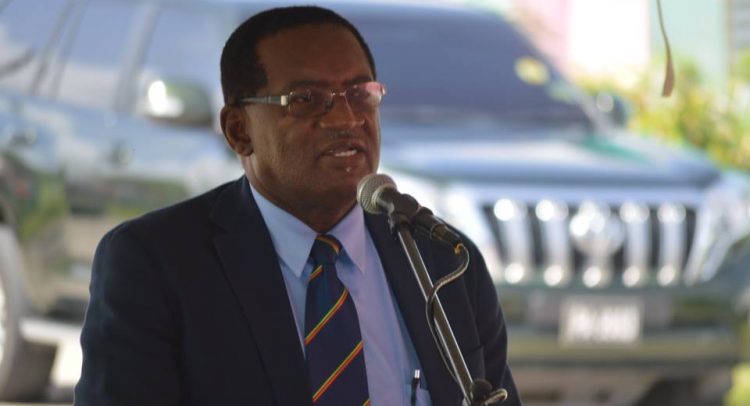 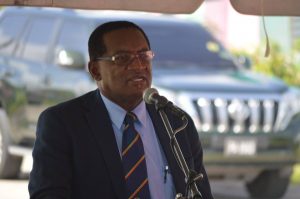 Basseterre, St. Kitts, July 02, 2018 (SKNIS): The push by the Government of St. Kitts and Nevis to promote sustainability in various sectors within the Federation was reiterated by Minister of Agriculture and Co-operatives, Honourable Eugene Hamilton, on Saturday (June 30), during an address to open a week of activities for the local observance of International Day of Co-operatives.

The annual commemoration was established by the United Nations on July 07, 1995 and this year’s occasion will be celebrated under the theme: “Sustainable consumption and production.” Organizers of the Sunday, July 01, to Saturday, July 07, week, expanded on the global theme to read as: “Sustainable consumption and production of goods and services” to highlight the work and success of co-operatives.

“This theme is very instructive as it creates awareness and supports environmental protection. As human beings, we are responsible for protecting mother earth. It is where we live, where we work and play, and we must ensure that it remains habitable for all living things,” Minister Hamilton stated.

“As human beings and social creatures, we must accept the protection of the environment as our sacred social responsibility. We must pass on a better earth to succeeding generations of all living things if we are to live comfortably.”

Gideon Force Agricultural Co-operative based in Old Road, which practices organic farming was singled out for its environmentally safe operations. The agricultural minister said it was “a joy to see local farmers doing things the natural way” and encouraged business leaders involved in agro-processing to patronize farmers who “embrace the natural concept.”

A call was also made for fisherman’s co-operatives to “resist the urge to harvest juvenile fish” and adopt various fishing strategies “to allow the reefs to replenish with such alternatives as fish aggregating devices so that you can target ocean pelagic.”

Minister Hamilton implored local cooperatives to join forces and organize an annual forum where strategies can be developed to advance their growth. He also urged all co-operative societies to actively participate in the week of activities in order to heighten the public’s awareness and appreciation for their role in economic development.

Activities this week include an awards dinner on Tuesday, July 03, media appearances on Thursday, July 05, and a fair at Independence Square on Friday, July 06. On Saturday July 07 – International Day of Co-operatives – Minister Hamilton will deliver the IDC global address during the anniversary celebration of the reopening of the Sandy Point Public Market.