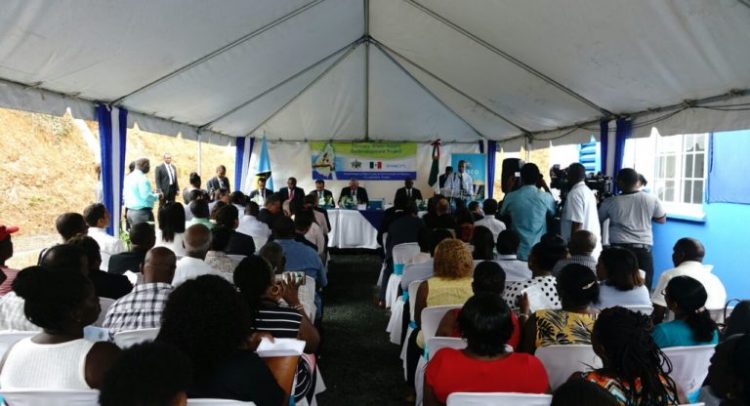 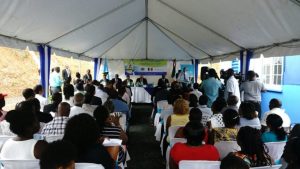 The Minister of Foreign Affairs of Mexico, Luis Videgaray Caso, and the Prime Minister and Minister of External Affairs of Saint Lucia, Honourable Allen Chastanet, led the work of the first meeting of the Mechanism for Consultations on Matters of Common Interest between Mexico and Saint Lucia, during which they discussed the main agreements derived from the official visit to Mexico by Prime Minister Allen Chastanet in October 2017.

During the meeting, they also addressed trade and investment issues; cooperation projects in the areas of security, artisanal matters, heritage conservation and the teaching of the Spanish language, as well as regional and multilateral issues. Among the main areas of discussion were climate change and renewable energy.

In the same vein, they also spoke on the initiatives presented by President Enrique Peña Nieto at the 4th Mexico-CARICOM Summit on the 25th of October 2017, particularly concerning the Mexico-CARICOM Comprehensive Disaster Risk Management Strategy.

The Minister also highlighted during his visit the importance that Mexico attaches to cooperating with organizations of regional integration, such as the OECS, CARICOM and the ACS, the latter of which Mexico is a member.

At the end of the meeting, both signed the Final Act, which includes the main results in terms of political dialogue and educational-cultural and technical-scientific cooperation, in areas such as agriculture, security and heritage; as well as topics of common interest on the international agenda. In terms of economy and investment, the most important achievement is the 30% increase in bilateral trade over the last five years.

As part of his work agenda, Minister Videgaray, along with Prime Minister Chastanet, participated in the handing-over ceremony of Phase One of the Dennery North Water Treatment System, for which Mexico provided $13.5 million East Caribbean Dollar, through the Infrastructure Fund for Countries of Mesoamerica and the Caribbean (Yucatan Fund).

Minister Videgaray explained that Mexico’s support for this infrastructure project is based on the relationship of closeness and cooperation that exists between Mexico and Saint Lucia.

The Minister stated that many people think of Mexico as a North American country in terms of trade and the economy, together with the United States and Canada. Additionally, many people also think of Mexico as a Latin American country in terms of culture. However he pointed out that few people remember that Mexico is also a Caribbean country, which is why Mexico is committed and cares about the Caribbean. The Minister finally stated that Mexico and Saint Lucia are neighbours and partners with shared values.

To end his stay in Saint Lucia, Minister Videgaray visited the Embassy of Mexico, where he met with diplomats and staff of the diplomatic representation, whom he commended for their work and called on them to continue strengthening the friendship that unites Mexico and Saint Lucia.