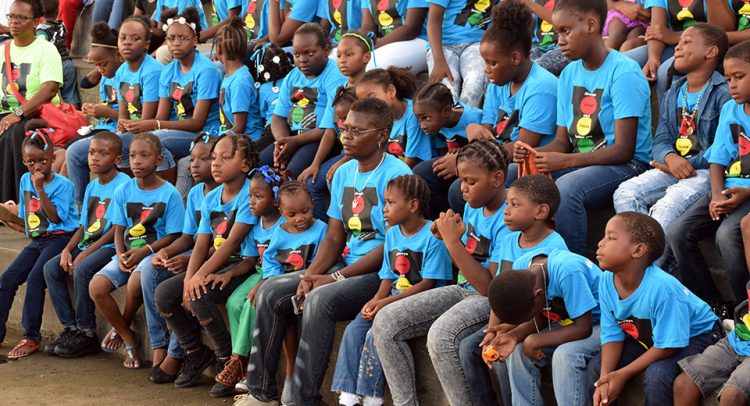 BASSETERRE, St. Kitts, July 30, 2018 (Press Unit in the Office of the Prime Minister) – Over the next week, more than four hundred (400) children in St. Kitts will benefit from the lessons, experiences and knowledge of seasoned law enforcement personnel and other stakeholders in an attempt to help build their characters and mold them to become productive citizens of St. Kitts and Nevis.

The week-long Ministry of National Security Youth Explorers Camp, which is an expansion of the Royal St. Christopher and Nevis Police Force Summer Camp, is largely comprised of young people who are members of the Explorers Clubs based in St. Peters, St. Paul’s, Shadwell, and Mol-Phil (Molineux-Phillips).

The formation of the Explorers Youth Clubs forms part of the Ministry of National Security’s broader community policing and social intervention initiatives. The youth groups engage young people in community development, social and educational activities, all geared towards strengthening the character and promoting positive behaviours in young people.

Assistant Commissioner of Police (ACP) with responsibility for the Crime Directorate, Mr. Andre Mitchell, addressed the hundreds of camp participants during the opening ceremony earlier today (Monday, July 30) at the grounds of the Dr. William Connor Primary School.

Prime Minister and Minister of National Security, Dr. the Honourable Timothy Harris, gave his full endorsement of the summer camp, which at its core, seeks to help the young people understand and appreciate their differences and teach them to help and live together.

“That is why what we are doing here today must be hailed and heralded and emulated. We have to put energy and resources now to direct the young people in the path that they should grow and develop so that fewer of them would want to depart when they become adults from that kind of exposure and experience,” Dr. Harris continued.

Prime Minister Harris further encouraged the camp participants to emulate the life and work of former Commissioner of Police, Mr. Austin Williams, who was duly honoured for his years of service during the opening ceremony.

The Ministry of National Security Youth Explorers Camp will see the participants engaging with various units within the Royal St. Christopher and Nevis Police including the K9 unit. The week-long camp will also feature cultural presentations, visits from officials representing the partnering entities including Ross University School of Veterinary Medicine (RUSVM), a fun day, a visit to the St. Kitts Eco-Park, a spelling bee competition and a boat ride to Nevis.

St.Kitts and Nevis CDM Youth Ambassadors aiding in the hurricane restoration efforts in the BVI